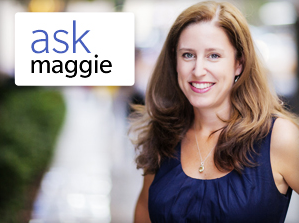 
Where are the iPhone X carrier deals?

The days of free iPhone promotions are long gone.

A year ago, the carriers were doling out new iPhone 7 units if you exchanged your old iPhone — even if the unit was 2 years old. It was a sweet deal, perhaps too sweet — which is probably why you don’t see the offer anymore.

But that doesn’t mean the carriers aren’t offering some discounts for the iPhone X, which was made available for preorder on Friday and hits stores on Nov. 3.

While the offers aren’t as generous as before, every little bit helps when faced with an iPhone X starting price of $999 . In this edition of Ask Maggie, I outline the deals offered by the big national wireless carriers. And I highlight the fine print.

I really want the new iPhone X. I was hoping to see some good trade-in deals through my carrier. Last year, they were practically giving away new iPhones. (I wish I had traded in my iPhone 6s then!) But this year the deals don’t seem as great. Am I missing something? Any advice or tips you can offer for getting a good deal this time around?

You’re right. Last year’s trade-in deals for the iPhone 7 were pretty incredible. Almost too good to be true. So far this year, the carriers’ deals on the iPhone X are not nearly as generous as last year.

If you recall a year ago, when Apple launched the iPhone 7 and iPhone 7 Plus, T-Mobile, Sprint and Verizon basically offered to give you a free iPhone 7 in exchange for an older iPhone . AT&T initially offered the deal to just its DirecTV customers before opening it up to everyone.

Of course, there was some fine print associated with the deal. You still had to pay a monthly device fee, but you got a $650 credit split between 24 months to cover the payment, which essentially amounted to a free phone, minus the taxes and added cost if you wanted a model with more memory or the iPhone 7 Plus model. Customers were required to stick with the carrier for a full 24 months or they’d have to pay off the remainder of the phone. But for loyal customers with no plans to switch providers, it was a great deal.

This year, three of the four major wireless carriers — Verizon, T-Mobile and Sprint — are offering similar trade-in deals, but the amount of the credit is much smaller and there are a few quirky catches you need to be aware of.

T-Mobile let’s customers trade in “qualifying” iPhones to get up to a $300 credit that can be applied to your monthly bill when you order a new iPhone X. What constitutes as a “qualifying” phone? The iPhone 6, 6 Plus, 6s, 6s Plus, iPhone 7 and 7 Plus all qualify. But remember that the discount is up to $300. This means that T-Mobile may give you less for an older phone or one in poorer condition.

Customers also have to purchase their new iPhone through its Equipment Installment Plan, which breaks up the cost in 24 equal payments, or the Jump! On Demand leasing program, which allows people to upgrade more regularly.

AT&T isn’t offering any kind of special iPhone trade-in promotion yet. But the company has a regular trade-in program that could net you cash that you could put toward your new device. The amount of the trade-in will vary depending on your device.

On the company’s earnings call earlier this week, in which it reported it had lost 97,000 post-paid phone customers , Chief Financial Officer John Stephens said AT&T is ready to announce a special promotion if it needs to. But he noted that consumers shouldn’t hold their breath for such a deal.

“We believe we can compete and win based on our product offering,” he said. “And promotional activity is not necessary.”

If the iPhone X is too expensive, you can always consider the iPhone 8. Right now,  AT&T is running an aggressive promotion where if you buy one iPhone 8, you get another free. The catch? You also have to subscribe to its DirecTV satellite TV service.

Verizon is offering up to $300 in credit to iPhone X buyers  who trade in a more recent model smartphone. The offer applies to new or existing customers who sign up for the carrier’s unlimited plan. And you must sign up for Verizon’s installment payment plan. The discount will be applied to your monthly device payments. If you decide to pay off your device at anytime before 24 months, you’ll stop getting your discount. Think of the discount as the new two-year contract meant to keep you with the carrier for a set period of time.

Here are a list of phones and what you can get for them:

Sprint is offering a $350 credit paid out over an 18-month lease for new iPhone X buyers if you trade in a qualifying smartphone. This means customers can pay $22.22 a month for the iPhone X instead of $41.67 for 18 months. At the end of the lease, you have to turn in your iPhone X or if you want to keep it and own it, you have to pay the remaining balance. (With the iPhone Forever offer, you can upgrade to a new iPhone after 12 months.)

If you’re not currently a customer on Sprint, there’s a trick you can use to basically get a free iPhone X. You can buy your iPhone X from Verizon at full price. Then switch your service to Sprint to take advantage of a deal that gives new customers switching free unlimited data for 12 months . The $75 a month you save on service will pretty much pay for your new iPhone X after about a year.

Wireless carriers are not competing as aggressively as they were a year ago to get iPhone users to switch to their networks or to keep them. This means the deals that are out there aren’t quite as attractive as before. But if you are interested in getting the iPhone X and you have an older iPhone or premium device to trade in, now is probably a good time to make the purchase. The trade-in deals the carriers are offering are for a limited time only.

But before you commit to a deal from a carrier with all its conditions, you might want to check out the trade-in value of your used iPhone on sites like Gazelle, Nextworth and the comparison site Flipsy.com . You may be able to get more cash for your phone using these sites than you would via the carrier trade-in.

CNET an Ask Maggie is an advice column that answers readers’ wireless and broadband questions. If you have a question, I’d love to hear from you. Please send me an e-mail at maggie dot reardon at cbs dot com. And please put “Ask Maggie” in the subject header. You can also follow me on Facebook on my Ask Maggie page.

The Smartest Stuff:  Innovators are thinking up new ways to make you, and the things around you, smarter.

It’s Complicated:  This is dating in the age of apps. Having fun yet?