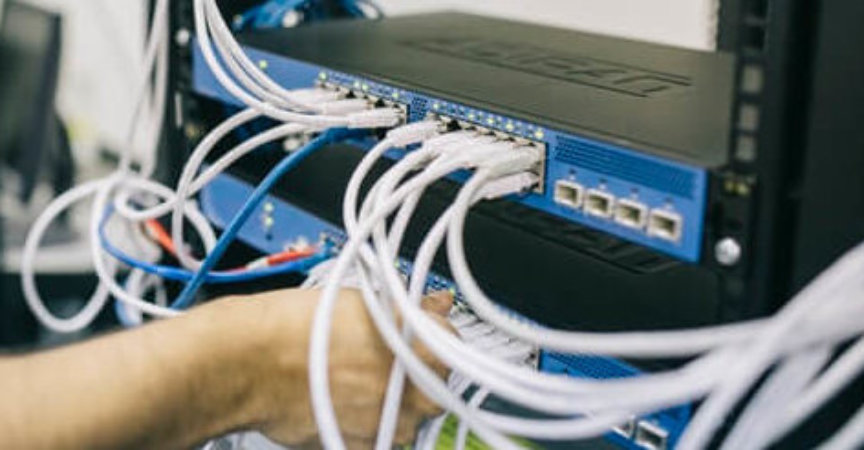 What is a router? If you have an internet connection in your home and the device that your ISP has given you was less than 15 years old chances are that it has router functionality built into it. But what is a router. The basics of a Router is a computer device that receives or forwards data packets to and from the Internet. I will take these packets and send them towards a destination, this process is called routing.  A router is the essential component of the computer network. The router lets you send any data, that you have received and forward it to the right destination.

In more technical details, a router is actually a Layer 3 network gateway device. What this means, is that it connects two or more networks together. The router job is to operate at the network layer of the OSI model. Below is a simple view of what the OSI model looks like.

As an example, imagine that the Internet is the world and one computer is one household. Other computers connected through the Internet are households around the world. Say one household will send a letter to another household in any part of the world. The letter has an address, right? And that address would determine where that letter will be sent to. But without you reading the address, the letter would not arrive to the right receiver, or it will go to the wrong address. The letter also would not be able to reach the intended receiver if there is not an intermediate. This intermediate in this example would be the courier such as UPS and FedEx. So, when talking about data, the courier of the all this computer data is the router.

A router (broadband router) is also a device that enables two or more computers to receive data packets from the Internet under one IP address at the same time. It knows where to send the data to, as it keeps a record.

Remember that to be able to connect to the Internet, a computer must have an IP address. An IP address will look like 198.162.0.1 this is an IPV4 address. But the world started to run out of these addresses. The IPV4 format allowed us to have four billion IPv4 addresses. But we still ran out or were going to.  So, a new format was created, call IPV6.

With this new format, there are now 340,282,366,920,938,463,463,374,607,431,768,211,456 IPv6 addresses , available to be used by devices across the world. An IP address is a unique address or ID from the rest of the computers on the network. Therefore, every computer connected to the Internet has its own IP address. It is like having a fingerprint or ID as an access pass to be able to enter the web. With the presence of the router, this “fingerprint” or “ID” could be shared by two or more computers at the same time. But it is not only computers is is anything connected to a network. Your smart phone when it is using Data has an IP address from the ISP. A website has a IP address, but most of the time we only see the name of the site thetechart.com not the IP address.

Why would anyone need a router?

Want to know how to make your own Ethernet cable? Read our step by step guide

If the router is comparable to a switch, would it affect my Internet speed?

It should be taken into consideration that once a single Internet connection is divided . The connection speed is affected, although this depends on your internet speed and what the other devices are doing. If you are all watching YouTube or Netflix, then the answer is a big YES. But there are some broadband routers that would bring minimal slowdown to the Internet speed and the effect might not even be big. Once again this will all depend on your internet speed.

Internet speed would also depend on the type of application used in a router. While some would inflict little effect on the speed like online games, others would terribly slowdown your connection and even hinder you to use the Internet at all.

Usually, offices use a more sophisticated router to redirect Internet connections to the large number of computers. These routers would give better data packeting compared to a typical router used at home that results to faster Internet speed. As technology has changed so much over the years business sell their old equipment and buy new ones. This is normally to do with support contracts, and equipment refreshes. They will get rid of routers, switches, PC, servers, monitors and a lot more. You can go to place such as Ebay and buy these second-hand enterprise grade equipment for a fraction of the cost.