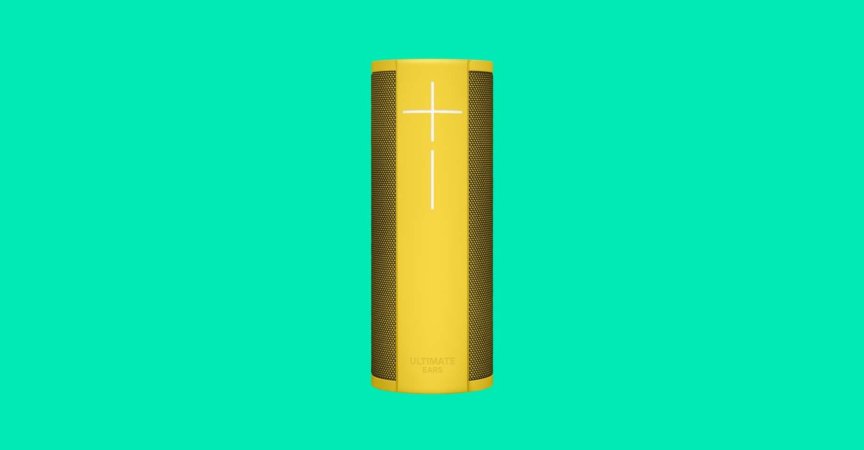 
Ultimate Ears Blast and Megablast Review: Our Favorite Speakers Get Better With Alexa

Amazon’s voice assistant is so prevalent, device makers are preloading it on phones, watches, alarm clocks, dash mounts for cars, intercoms, headphones, cameras, streaming sticks, and yes, a bevy of speakers. So it makes sense that the makers of our favorite Bluetooth speaker for two years running decided to get in on Alexa. The Boom and Megaboom now have two more explosively-named Alexa-powered siblings: the Blast and Megablast. They look and feel almost identical to their older brethren, but these Bluetooth bombs come packed with Wi-Fi, microphones, and everything else Alexa needs.

Despite packing more tech, both the Blast and Megablast are as portable and waterproof (IP67) as any Boom speaker. A company rep told me the Blast was put in a tumbler to simulate falling down flights of stairs and made it the equivalent of 200 steps before giving out. 200 steps! That’s a score I can live with. And judging by the construction of these speakers, I believe it. Both speakers are cylindrical, sort of like a beer can, though the larger and beefier Megablast is definitely a 24-ouncer. Each speaker has the same thick rubber coating on the top, bottom, and in a band that runs down the side. A durable-feeling woven fabric stretches around the outside.

Giant volume controls (denoted by + and – signs) adorn the front to make sure you know this is an Ultimate Ears speaker, and light-up power and Bluetooth buttons are on top, where they’re barely noticeable. Flip the speaker upside down and there’s a rubber flap you can pull back to access the charge port—kept secure by a “D-Ring” screw. Remove this screw and you can mount the speaker on a tripod, too. Oddly, since the charger must plug into the bottom, you have to flip the speaker upside-down while charging it unless you buy the new charging dock. For the price of these speakers, they should come with the charger, but I still recommend the $40 wireless charging dock . It’s just easier.

These speakers sound fantastic. With two active drivers and two passive radiators for better bass, they’re two of the clearest speakers you’ll find for their size. Both produce an impressive arc of 360-degree audio. Neither have the deep woof of a good home hi-fi speaker, but they hold their own.

The Megablast especially, has a beautiful balance to it thanks to a pair of tweeters. You don’t need to ask me why I was listening to the Jurassic Park theme alone in my living room the other day, but I was, and I couldn’t believe how freely the high-pitched tin whistle and chimes sparkled out of it without being weighed down or overshadowed by the lower notes of the string section. The track popped for me in a way it hasn’t in some time. On my theme song kick, I was also impressed by how well the high-pitch beeps and buzzes blended with the low electro-tronic thuds in the Stranger Things theme. The new Thor: Ragnarok theme also sounded electric. It’s by a band called Led Zeppelin and they’re gonna be huge, I promise you.

Setup is a little confusing, but you’ll make it through without throwing a tantrum. You have to connect via Bluetooth then Wi-Fi to get Alexa going using the Ultimate Ears app, which doesn’t like to reliably connect. I had more trouble at first, but things got much smoother after the speakers received a firmware update, silently and seamlessly, some days ago. One of the offbeat achievements of these speakers is that when updates come out that add new features or fix bugs, you won’t have to think about them at all. They automatically download over your home network and install (you can opt out, if you want) when you’re done playing music. This means your speakers will quietly continue to improve—and gain new Alexa capabilities—over time.

It’s fun to ask Alexa about the weather, quiz it about a random fact, or perform one of the thousands of other Skills it has. Amazon’s AI is also a decent DJ. The Blast and Megablast come with a 3-month trial of Amazon Music Unlimited, which was helpful since my music app of choice, Spotify, isn’t yet accessible via voice controls on these speakers. Other popular apps like Pandora are coming, but there’s a wait for those as well. If you want to play from them, you’ll have to connect via Bluetooth, which is as easy and annoying as ever.

The big advantage of using Alexa is that it easily lets anyone in your house listen to tunes without going through the hassle of pairing their phone to the speaker via Bluetooth. The downside is that it’s hard to know if Alexa is listening. It sometimes takes it a couple seconds longer to respond on the Blast and Megablast than on other Alexa devices. The light on the top that tells you Alexa is listening is impossible to see unless you’re looking down at the speaker. There’s no ring of light like the one on the Echo to indicate Alexa is listening, nor is there a pleasant tone like on the Sonos One.

You probably won’t use Alexa much outside the house, since it requires Wi-Fi to work. Technically, you could tether the speakers to your phone’s Wi-Fi when you’re out of the house, but you’ll have mixed results, depending on your connection speed and data plan.

Since they’re waterproof, my Blast and Megablast got a lot of tub time this week. While I love that they can take a swim and keep singing, they don’t really float. The smaller Blast sinks like a rock and the Megablast flips upside down and barely treads water. Both tend to lose their connection (Bluetooth or Wi-Fi) as soon as this happens. So while you can certainly listen to music in the pool, these speakers are probably better next to the pool. (If you want a floating speaker, the Wonderboom is for you.) They’ll also need a good shake if they get submerged. After a full weekend, both speakers still had water floating around inside them, which was disconcerting. But they still work and sound sensational.

I haven’t mentioned battery life yet; that’s because it’s superb. The Blast gets about 11-12 hours in practice, and the Megablast played the entire Beatles catalog, marathoning through nearly 16 hours of music, without dying. I am now one with the Fab Four.

These are wonderful speakers, and darn good Alexa devices. The bad news is they don’t come cheap. The Blast clocks in at $230, but I really think you should consider the Megablast instead, and that will run you $300. These prices are high compared to other smart speakers, like the Sonos One ($200), Echo ($100), or JBL Link 20 ($200 ), which has Google Assistant on board. The Megablast is better than most of these speakers, but the price stings.

If you want an amazing, portable Alexa speaker to carry around the house, the Megablast is an amazing music machine that can do it all and go anywhere. The Blast is great for its size too. But if you’re willing to shed some smarts, connectivity, or portability, there are more affordable options.