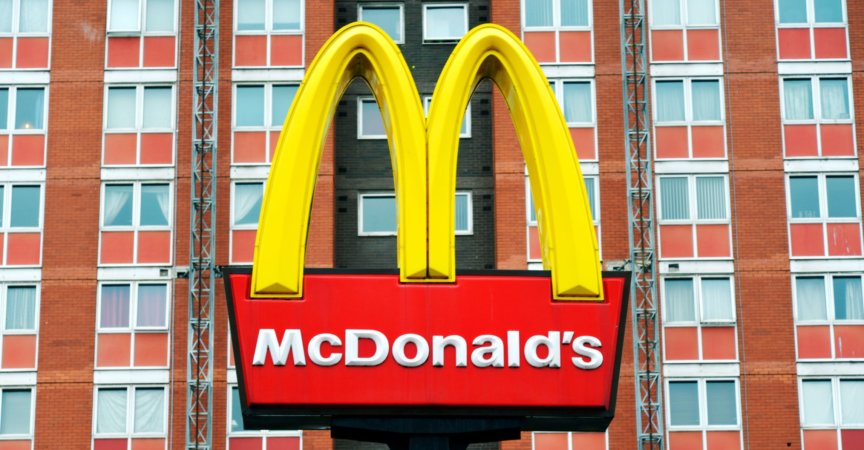 Let’s just start by reminding everyone what’s happening in the world, cool? Puerto Ricostill needs your help, California is burning and even Pokémon were in on the Russian efforts to destabilize last year’s elections. If nothing else, the history books are going to have a field day with 2017, presuming everyone makes it out to read them. Meanwhile, everything below happened as well. Try to keep up—oh, wait; that’s why you’re here, isn’t it?

Procreation Is Not Prop Work

What Happened: The internet rises up when men start using their daughters as props to prove that, really, they support women.

What Really Happened: As the entertainment industry—and popular culture as a whole—continues to grapple with sexual harassment in general and the sexual harassment allegations against Harvey Weinstein in particular, one narrative has risen to the fore when it comes to men’s responses: the idea that, as the father of a daughter, they understand whatwomendealwith. This tactic has not gone over well on Twitter.

Are there alternatives to fathers acting this way? Well, obviously, yes.

Now we can see the true value in 280-character tweets.

The Takeaway: But why is no one talking about the real victims here: the men who can’t respect another gender because they’re not fathers yet?

What Happened: What happens when Twitter shuts down the account of one of the most vocal women calling for action with regards to Harvey Weinstein? People notice.

What Really Happened: One of the most active participants in the conversation surrounding Weinstein is Rose McGowan, the actress, director, and singer known for her appearances in Scream, Grindhouse, and Charmed. Since the accusations against the producer surfaced via The New York Times and The New Yorker, she has used Twitter to call out a number of others—including Ben Affleck, Matt Damon, and the board of the Weinstein Company—for their affiliations with Weinstein, and then … she apparently disappeared.

As the suspension quicklydrewmainstreammediaattention, Twitter eventually broke with tradition to comment on what had happened (and how).

Not everyone was convinced by this explanation—especially considering these limitations didn’t seem to have been consistently applied in the past.

The Takeaway: As with everything in 2017, this all happened during a particularly “ironic” time, because everything this year is terrible and happens during a time when just the opposite is meant to be happening.

We Know What You’re Thinking

What Happened: Even as the president goes after healthcare, there’s some humor to be found in the responses of his colleagues.

What Really Happened: Let’s take a brief break for a second for something … fun? Almost? You might have heard that, on Thursday, President Trump signedanexecutiveorderaimedatunderminingObamacare. That’s not the fun part, despite the president apparently forgetting to actually sign the thing during the press conference about signing the thing. No, the fun part has to do with who was at the signing. Let’s let the president talk about this for a second, shall we?

Certainly, Rand Paul’s performance at the signing made it seem like he thought it was positive.

The Takeaway: See, it’s funny because he looks uncomfortable and like he knows he’s doing the wro—OK, yeah. It’s terrible.

Who Run The World? Bern?

What Happened: A man was chosen to speak on the first night of a conference in support of women. That should go over fine, right? Wait, don’t answer that.

What Really Happened: Did you know about this month’s Women’s Convention in Detroit? An outgrowth of the Women’s March earlier this year, it’s a three day event filled with, as the website puts it, “workshops, strategy sessions, inspiring forums and intersectional movement building to continue the preparation going into the 2018 midterm elections.” And, this week, it made headlines with the announcement of its latest speaker.

OK, so that’s an interesting choice for at least one reason, and Sanders’ gender didn’tgounnoticedbythemediaorthosefollowingalongaftertheannouncement. Take it away, Twitter.

—and the organizers en masse also released an official statement.

The Takeaway: Even with the very best of intentions, what part of “put any man on stage as an opening night speaker for the Women’s Convention” seemed like a good idea?

The Great Szechuan Sauce Fiasco of 2017

What Happened: Who knew that so many people could get upset over dipping sauce? Cartoons really do rot the brain, apparently.

What Really Happened: Perhaps your feeds, too, were filled with people talking about McDonald’s and Rick and Morty last weekend. Perhaps you, too, were confused by what the hell was going on. Let’s start at … well, maybe not the beginning per se, but… Actually, let’s first have someone explain this whole Szechuan sauce thing.

OK, sure. That makes sense. And you really can’t blame McDonald’s for wanting to take advantage of the weird buzz built around the sauce by the success of Rick and Morty, so the announcementthe companywouldbringitbackforaday is totally logical. But things didn’t exactly go according to plan.

Yeah, this is all a big fiasco, really. Did anyone come out of this well?

Oh, OK. Still, surely McDonald’s learned its lesson and wouldn’t even think of doing this again.

The Takeaway: Well, at least this didn’t get too out of control…

…That seems about right, considering.