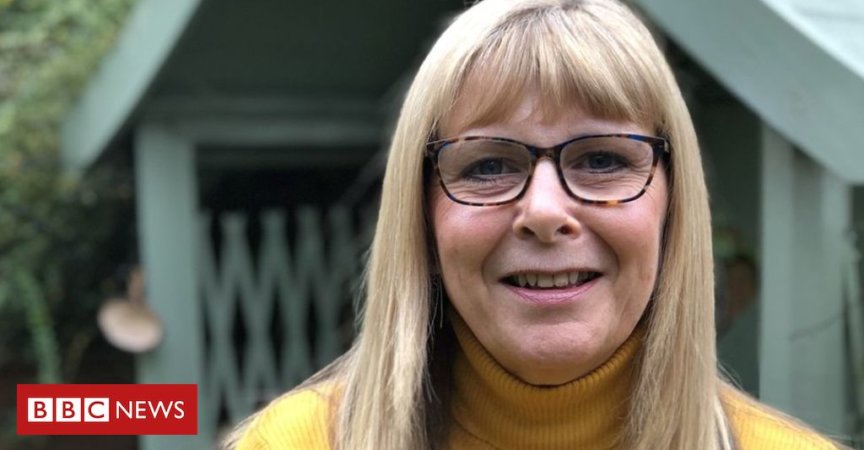 
Why mature dating apps are coming of age

Is your new year’s resolution to find true love? If so, you may well be considering a dating app for your phone. Thanks to trailblazers like Tinder, online dating has gone mainstream. And mature daters want in on the action too.

Lorna is 62 and lives in Edinburgh where she works as a PA. She is a divorcee with children and grandchildren and is still looking for love.

“You come home from work, you want to be talking to someone about your day, it’s good for your mental health,” she explains. “It’s the reason why I’m still dating at my age.”

But it becomes harder to meet potential partners as you get older, she says. “For women of my generation you can’t just walk into a pub by yourself, because that sends a certain message.”

She became an early adopter of dating apps like Tinder, drawn to the way you can build up a rapport privately through messaging, before committing to meet in person.

It was exciting rather than frightening, publishing her profile for the first time, she remembers.

She has met some lovely people, but the experience also left her feeling uncomfortable.

“I was often approached by people much younger than me, people that are the age of my children. I found that creepy and unsettling. I didn’t even like the thought that they’ve looked at my profile.”

So the idea of a dating app that was age-restricted appealed to her. She tried signing up to one called Lumen, which is for over-50s. It’s just one player in a growing market for mature daters.

Online dating is a billion dollar global industry that has enjoyed huge growth in recent years thanks to mobile phones. The industry is expected to grow by as much as 30% over the next two to three years, according to research group eMarketer .

Tinder brought online dating into the mainstream after it launched in 2012, helping to remove any stigma around it. In the USA the number of people using dating apps shot up from 15 to 25 million between 2015 and 2018.

Matchmaking companies used to cater primarily for people in their late 20s to early 40s, who were looking to get married or meet a long-term partner. The big growth now is at either end of the spectrum: the 18-24 market and those over 50.

In the 2013-15 period, when Tinder was taking off, online dating tripled for that younger demographic; and in the same period it doubled for those aged 55-64, according to the Pew research centre.

Lumen stands out because, like Tinder it only exists as an app. It is designed first and foremost for the mobile phone.

“If you look on social media sites like Facebook, the audience is getting older, so it’s a natural extension that they would meet people online for dating,” says Charly Lester, founder of Lumen.

She founded it in London in 2018, believing she had spotted a gap in the market. She knew lots of people in their 50s and 60s who were just as phone-fixated as the younger generation.

Her app has attracted more than 1.5 million users in less than a year.

It’s free to join, but the company makes money by charging users for “premium” features. These include the ability to search potential partners with “advanced filters” like “height, children, smoking, politics and star sign” and the chance to see who has saved you as a “favourite”.

More established companies also cater for mature daters, like OurTime and Silver Singles. They began as website platforms but have now developed apps. OurTime says it has seen a 146% increase in active users in the past two years, with 63% of joiners registering by mobile.

Some dating apps wouldn’t let you sign up if you were older than 50, so people lied about their age, says Ms Lester. “Another reason we started the app is that a lot of women were complaining that men their own age didn’t want to date them any more, they wanted to date significantly younger.”

You do find men in their eighties chasing the “youngsters” in their 50s, she says, but you can use age-range filters to set who can see your profile.

So do mature daters behave differently to younger ones?

There is a divergence in what men and women want in later life, says Nicola Fox Hamilton, who lectures in cyber-psychology at Dublin’s Institute of Art, Design and Technology.

Women are looking for companionship but without a caring role, because often they are just escaping from that and value freedom, she says.

Men are more focused on committed relationships at this age, she thinks. And they are often struggling with more narrow social networks in real life, so online dating is a lifeline for them.

It’s also a myth that people are not interested in sex at this age, she says, with women placing only a slightly lesser value on it than men.

However, this age group is more prone to “catfishing” and romance scamming, she warns.

Catfishing involves people creating fake profiles to lure people into a relationship. When this is a scam, the goal is to extract money from the unsuspecting person.

A typical scam account might involve an attractive man serving in the military – or any kind of scenario that explains why they struggle to meet in person.

Many victims don’t believe it has happened until the police tell them, she says, and even then they struggle to take it in. Many who do realise it has happened don’t report it out of shame.

Lumen acknowledges that scamming is an issue in this market. It combats it with artificial intelligence software, and a “selfie” registration system which makes users take a photograph of themselves when they register, and compares it to the profile photos they then upload to ensure they are genuine.

A team of just 15 look after a site where 1.5 million are looking for love, and human intervention is sometimes required to spot people joining in bad faith.

Back in Edinburgh, Lorna says she is always careful to follow the sensible safety precautions recommended by dating sites – she thinks would-be mature daters shouldn’t be deterred.

Many of her friends have found successful relationships through online dating, including marriage. She hopes she will be next and in the meantime she enjoys the excitement, she says.

“Each time someone sends a message, my heart lurches,” she confesses. “It’s like when you see someone across the dance floor.”