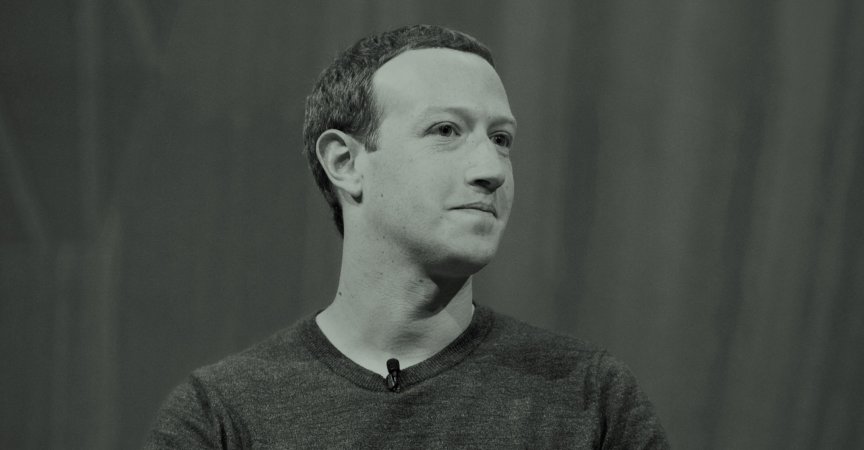 Why Facebook’s Thinning Profit Margins Are a Secret Asset

Mark Zuckerberg & company surprised investors on two fronts last month, pushing Facebook shares down 20 percent and wiping out about $130 billion in market value. One was predictable, the other less so.

First, Facebook user growth is slowing, and the problem is unfixable: The company is quite literally running out of humans on the internet. At around 2.2 billion users at last count, there are nearly twice as many Facebook users as Catholics. Given that there are only about 3.5 billion humans on the internet, and many of those are behind the Chinese protectionist wall, Facebook has to either generate more humans (Facebook Dating!) or increase internet access (something it’s attempting via various means). This should come as no surprise to anyone who closely follows the company—I predicted as much in my memoir of working there, Chaos Monkeys —so only the un-smart money could have been spooked. But the reality does alter the company’s financial footing.

Antonio García Martínez (@antoniogm) is an Ideas contributor for WIRED. Previously he worked on Facebook’s early monetization team, where he headed its targeting efforts. His 2016 memoir, Chaos Monkeys, was a New York Times best seller and NPR Best Book of the Year.

Historically, Facebook has gained users at something like mid-teens percent per year. The math on revenue growth isn’t quite so simple, but directionally, revenue grows with eyeballs. So in some sense, Facebook was getting a bump to revenue “for free” just by increasing the number of Facebook eyeballs. That bump is fading and will soon be gone. Moreover, growth has plateaued in the areas where Facebook makes the most money per user, namely the US and Europe; future growth will be in lower-revenue developing countries that will take time to mature into profit centers.

As user growth slows, Facebook’s revenue will increase only if it can extract more money from existing users and their data, or create new revenue streams on relatively un-monetized services like WhatsApp (as it announced it will do next year). The company has shown itself able to squeeze more juice from the same user-base lemon in the past, but it’s a risk, and the market prices risk into your share price, often brutally.

The second item is more wonky, but arguably more important: Facebook warned that its operating profit margins will shrink. Operating margin is the difference between money coming in the door and what it costs to keep the trains running (known as operating expense, or “opex”). In an internet company, that’s mostly wages (high) and machines (low, but scaling with usage). In their quarterly call with analysts, Facebook executives said future operating margins would be in the mid-30 percent range, rather than the mid-40 percent range where they’ve been for years. By way of comparison, that’s still 10 percentage points better than Google, and still a gargantuan sum of money on $50 billion in annual revenue.

Margins will shrink as Facebook fields more people to police users and content, as the company has promised in response to the escalating scandals around the 2016 election, Russian meddling, Cambridge Analytica, and what to do about Alex Jones on its platform. Wall Street is reacting to the financial hit, not the public-relations concern, which has been in play for years now. Zuckerberg, whatever you might think of him, proved true to his earlier word that he’d put users and their privacy over profits. At huge corporate cost, he’s hiring an army of people to wrangle the various issues dogging the company. And Wall Street punished the company for it.

Should we be alarmed at Facebook’s future prospects?

The occasional blip around the censored photo of a nursing mother notwithstanding, Facebook is pretty good at content moderation, particularly given the scale at which it operates. I have some history here. In my previous life as a Facebook product manager, I once ran the Ad Review team that policed ads. Moderating content is harder; there are many more user posts than ads on Facebook. But both require scaling the limited and expensive efforts of human reviewers when confronted with malicious adversaries gaming your system.

As part of my unenviable duty in ad review, I presented the team’s results to Sheryl Sandberg each quarter. The key slide was the one that showed an increasing number of successfully reviewed ads with a flat employee headcount. That was an important metric at a company that is an engineering organization at heart, focused on driving ever-greater productivity. Now, that priority is gone, and Facebook is willing and able to buy as many humans as necessary, helpful when the corpus of content being reviewed is the immense firehose of News Feed.

Paradoxically, though, this tumult may have strengthened Facebook’s position and made it less likely to become the next MySpace.

Consider what it would take to challenge Facebook at its own game. It is said that an army marches on its stomach (though not by Napoleon, to whom it is often attributed). Well, a startup marches on its operating expense. Feeding that hungry opex depends on hitting usage milestones demanded by the VCs who are funding the enterprise. It also means driving growth by hyper-focusing on the user experience, at the expense of niceties like content moderation and user security. This is the strategy that Facebook and Twitter, and every other consumer internet app, followed until they were forced to do otherwise.

Now, the rules have changed. Either de jure via explicit regulation (in the case of Europe) or de facto in the case of user expectation inflamed by scandals, companies now must spend more to police content on their platforms, with the associated increase in opex and decline in operating margin. Beyond the cost, startups are not built to effectively moderate content, and they’ll naturally be unskilled at it. The task requires lots of expensive lawyers, well-run operational teams managed by veteran practitioners, skilled security professionals, and the like. This is not the natural makeup of an early-stage startup.

The result is that any proto-Zuck must now compete with the real Zuck not just on the usage battlefield but also on the content moderation and public relations battlefields as well. If even one “Napalm Girl” brouhaha is unacceptable, and any Alex Jones must be booted immediately, that makes the life of an aspiring Zuck much harder.

Much like Europe’s new privacy regime, which quickly caused some small publishers and startups to decamp from the EU and favored incumbents like Google and Facebook, regulation (almost) always benefits larger players, as they can best bear the costs.  In the future, you will be less likely to see hate-filled rants in your News Feed, thanks to the recent outcries around content, and Facebook will be slightly less profitable. But you’re also more likely to be on Facebook and less likely to be anywhere else.