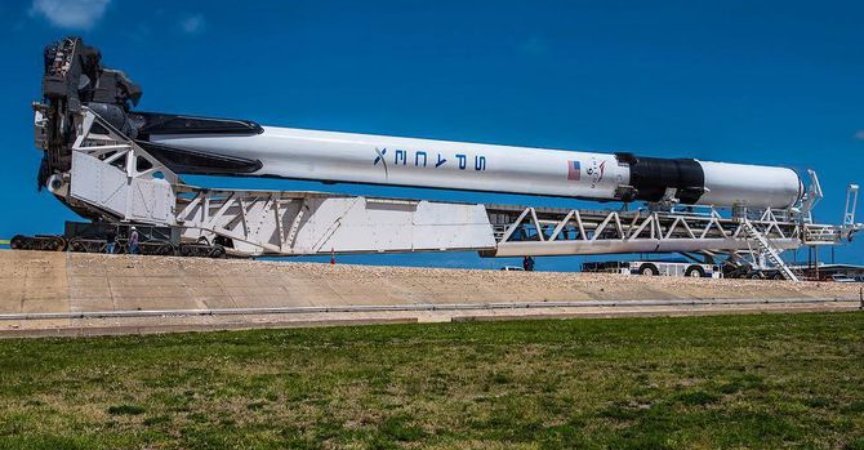 SpaceX is hoping to make a little history yet again and you can watch it live right here Thursday afternoon.

Elon Musk’s rocket company is set to launch a telecommunications satellite aboard a Falcon 9 rocket from Florida’s Kennedy Space Center as early as 5:47 p.m. ET. The launch was pushed back about 90 minutes to allow for final checks to be done.

It’s a routine mission in almost every way except that this particular Falcon 9  pushes the new era of reusable rockets to a higher level.

This era is marked by a focus on making rockets more like airplanes, rather than ditching them in the ocean or in space after a single use, the way we send so many spent batteries to landfills here on Earth.

SpaceX has managed to recover two dozen of the Falcon 9 rockets it has launched and has re-flown 11 of them. No Falcon 9 has flown more than twice, though. The rocket set to carry Bangladesh’s Bangabandhu Satellite-1 to orbit Thursday could be the first orbital rocket ever to blast off three times. In fact, it might lift off up to 100 times if all goes perfectly in the coming years.

SpaceX’s next rocket could be reused 100 times

That’s because this launch marks the debut of the “Block 5,” or final version of the Falcon 9 . Previous versions have been designed to be reused just a few times, but SpaceX says this is the final upgrade that integrates everything the company has learned about reusability so far. The hope is it’ll be able to fly 10 times without major refurbishment, and up to 100 times in its lifetime with planned refurbishments after every 10 launches.

The long-term goal of Musk and SpaceX is to leverage this recycling system to drive the cost of getting to space way, way down. So far down that one day it could be affordable to move humans to the moon and even Mars on a fairly regular basis.

It might still sound pie in the sky, but so did the notion of recycling rockets just a few years ago. If all goes well, we’ll see the rocket launching today again, and again and again. For now, you can watch its first flight right here via the video embed above. The live webcast should begin around 2:30 p.m. PT/5:30 p.m. ET, barring any delays.

Solving for XX : The tech industry seeks to overcome outdated ideas about “women in tech.”