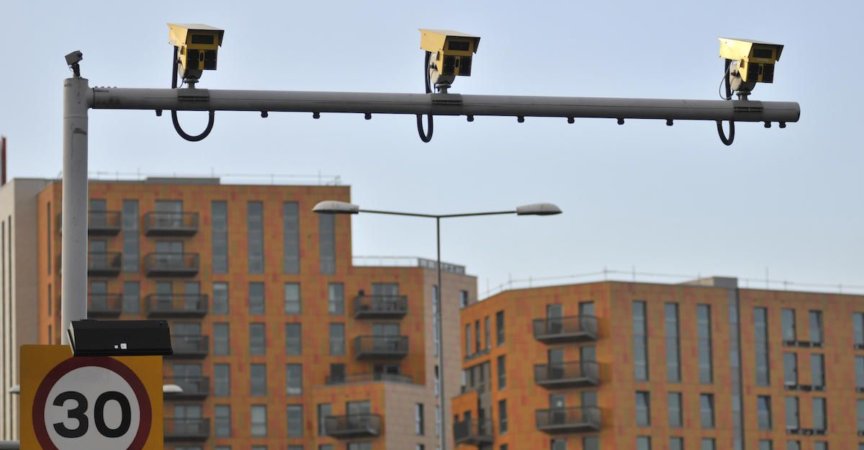 Speeding is one of those things that basically everybody does, and a lot of the time, it’s not even intentional. Most of the time, police allow a bit of leeway so that if you’re going a little over the posted speed limit, they’ll let you go with a warning. But in the UK, according to the Daily Mail , Chief Constable Anthony Bangham of West Mercia Police has a different idea. He believes that enforcement should start at just 1 mile per hour over, and come with a fine of £100 (about $130). An official review of the proposed policy is underway.

The cynics among us might dismiss this idea as just another money-grab move that some municipalities are fond of making when the coffers are a little low (we’re looking at you, Los Angeles parking enforcement ). But is there any other upside to this more rigorous enforcement of speed laws? Currently in the UK, police generally allow a driver to exceed the speed limit by 10 percent of the posted limit, plus 2 miles per hour without fear of reprisal. Chief Constable Bangham believes that this leads drivers to feel it’s acceptable to speed.

The plan calls for allowing first-time offenders to take a “speed awareness course,” with multiple offenders being subjected to the aforementioned £100 fine and three points on their record.

Many believe — and there are studies  to back it up — that reducing road speeds will result in fewer accidents. Plus, the laws of physics dictate that the severity of those accidents would decrease. Fewer accidents mean fewer injuries, as well as a possible reduction in insurance premiums and and productivity losses.

Adapting to a policy of more rigorous enforcement might not be too difficult in a country like the UK, because a massive network of speed cameras do most of the enforcement work in many places. It would also likely mean significantly more money flowing into the council coffers, which could mean bigger budgets, in theory.

However, for drivers, the financial impact of accidentally going a mile or two over and being stopped by the police — or ticketed automatically by a camera — could be serious. Something to consider is the fact that very few vehicle speedometers are calibrated 100-percent accurately from the factory. In other words, the likelihood that someone could be cited for going a tick or two above the posted limit while their speedometer had them heeding the letter of the law is quite high.

Traffic fines like the ones proposed by Bangham add up, and for a young person or someone with a low-paying job, the effect on their quality of life could be disproportionately serious relative to the nature of their crime. This is something that is seen in many places that have higher-than-average fines for low-level traffic violations. Would more rigorous enforcement of speed laws be better paired with an income-based fine structure, such as the one used in Finland ?

If this new strategy of speed enforcement becomes the norm in Chief Constable Bangham’s district, will we see a reduction in traffic-related fatalities, or an increase in fender-benders? Will other cities in the UK start to adopt it?

What do you think, is this proposed policy a good idea? Would you like to see it in your community? Leave a comment and let us know what you think.