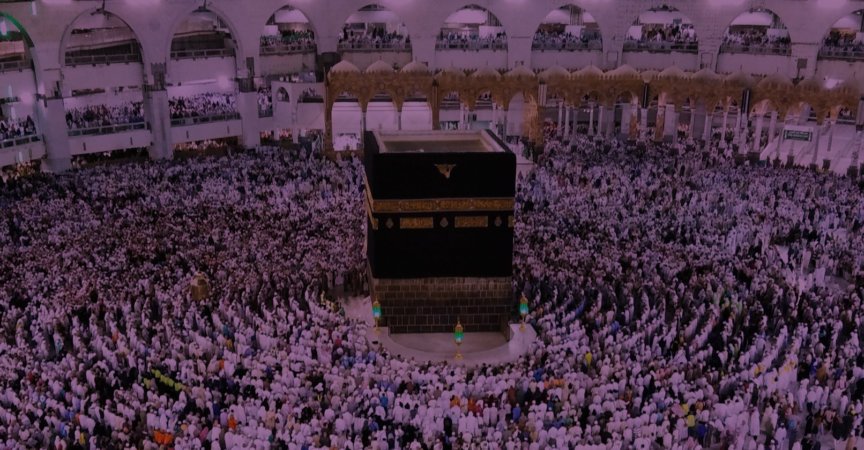 The Hajj Is a Perfect Laboratory for Disease Warning Systems

Right now, one of the world’s largest mass gatherings is taking place in the desert of Saudi Arabia. The hajj, the yearly pilgrimage to Islam’s holiest sites, is required of every observant Muslim who can perform it. More than 2 million people have poured into the country, over land, by air, and in massive charter deployments, from essentially every place around the globe where Muslims reside.

Anywhere there are massive crowds in limited space, disease is likely to spread—and so it has at the hajj, everything from minor respiratory infections to polio. This year, though, a layer of protection has been built into the pilgrimage that never existed before: an electronic early-warning system, created with the help of the World Health Organization, that will sound an alarm at the first signal of any kind of outbreak. (Friday is the hajj’s last day, and in a piece of good news, no alarm has rung yet.)

Syndromic surveillance systems, as they’re called, aren’t perfect; they’ve rung false alarms before. But Saudi Arabia’s willingness to create one doesn’t just signal an awareness of disease risks. It also indicates new transparency from a government that has been less than forthcoming about diseases in the past. If that transparency continues, it could create a rich data source for public health officials to predict the risks of gatherings to come.

The hajj is an extraordinarily complex logistical undertaking that happens to take place out of sight of most of the world; participation, and entry to the holy sites, is limited to Muslims. The millions who attend arrive over the course of weeks, but they converge in one jostling five-day trek that covers almost 30 miles, looping from the Grand Mosque of Mecca through a massive tent city to the slopes of Mount Ararat and back. Vehicle traffic on parts of the route so often comes to a standstill that many walk. The heat can be brutal—temperatures this week rose to 110 degrees Fahrenheit—and the crowds are so tightly packed that pilgrims periodically have been crushed to death in surges .

Dehydration, exhaustion, close quarters, shared food and razors, and skin-to-skin contact—the ritual garments for men, called ihram , leave part of the upper body exposed—all open the door to disease transmission. There have been outbreaks of meningococcal disease, gastrointestinal illnesses, pneumonia, and flu (the dates of the hajj move because it is scheduled according to the lunar calendar, so it sometimes falls in flu season).

To protect the pilgrims, the Saudi Ministry of Health requires vaccination against specific diseases: against meningitis and flu for everyone arriving, and against yellow fever and polio if they come from areas where those diseases have occurred recently. It also asks especially vulnerable people—pregnant women, young children, those with serious illnesses—not to make the trip.

Pilgrims seem to be complying: This year, according to ministry statistics, the network of field hospitals and clinics it throws up for the hajj season has found 96 percent were vaccinated against yellow fever, 87.5 percent had received the polio vaccine, and 80 percent had been vaccinated against meningitis.

The Saudi Ministry of Health already tries to run illness-monitoring efforts, but there’s no guarantee that they’ll move fast enough to catch an outbreak.

The ministry knows about pilgrims’ vaccination status because it already tries to run illness-monitoring efforts in the pilgrimage area. But there’s no guarantee that they’ll move fast enough to catch an outbreak. Some diseases can slip past detection—and epidemiologists have long been worried about the hajj giving a boost to rare diseases especially. In 2005, for instance, a case of polio in Indonesia was was found to be caused by a strain from the horn of Africa that may have transited through Saudi Arabia via an unknowing pilgrim. Genomic evidence shows that mosquito-borne dengue virus has been imported into the kingdom multiple times over decades.

And five years ago, the Saudi government came under close scrutiny when international health authorities felt it was not being open about the risks of MERS, a respiratory virus with a high mortality rate that was first found in that country in 2012. (A multi-hospital outbreak of MERS in South Korea in 2015 began with a traveler returning from Saudi Arabia—though that outbreak began several months before that year’s hajj season.)

Because of the millions who come on hajj and related pilgrimages, Saudi Arabia is “a mixing bowl for emerging infections,” says Peter Jay Hotez, who made five trips to Saudi Arabia to negotiate for disease surveillance and vaccine development as President Barack Obama’s US science envoy. It’s also sandwiched between conflict zones—in Yemen, Syria, and Iraq—where diseases are surging as civil infrastructure breaks down. Hotez, who is a physician and dean of the National School of Tropical Medicine at Baylor College of Medicine, cowrote a paper that appeared a week ago in PLoS Neglected Tropical Diseases , containing a warning list of diseases that pilgrims might import or carry home, from cholera to drug-resistant bacteria to leishmaniasis.

The new system pings an alarm at the government’s public health command center, based on automated sifting through medical records.

The new system created by the Saudi health ministry and the WHO’s eastern Mediterranean region aims to boost the kingdom’s own infrastructure by installing an extra—and extra-sensitive—apparatus for the detection of diseases. It pings an alarm at the government’s public health command center for the hajj, based on automated sifting through medical records from hospitals and clinics.

On their own, the problems the system looks for don’t sound major: fever, for instance, and GI distress, coughs and lung problems, and neurological symptoms. But diseases that can cause fast-moving outbreaks share many of the same signs and symptoms as minor and unrelated health problems. The new system will make a first evaluation of what needs a second look, and the command center will decide whether a rapid-response team needs to be dispatched.

The system got its first workout this week in eight hospitals and 25 clinics in two stops along the pilgrimage route, a joint effort of the Saudi health ministry and the WHO’s eastern Mediterranean region. The WHO described the system in a blog post this week, but didn’t respond to a request for an interview—so it isn’t clear how the trial will be judged successful, how it will be scaled up in subsequent years, or how the data might be used to warn pilgrims’ home countries of what might be coming their way.

The strategy behind the system, which depends on looking for anomalous signs and symptoms as an early-warning signal of something going wrong, dates back to the World Trade Center and anthrax attacks in the United States in 2001, and the fear that biological weapons might become a routine tool for international terrorism. How well it works—and it’s never worked quite as well as was first imagined—depends on how much data the place where it’s being deployed has in advance about the people who might have been exposed.

Because Saudi Arabia has such oversight over who is entering the country, its early-warning system may possess more predictive power than those in other places.

The hajj is a unique situation, though. Because the Saudi government strictly controls visas, it knows exactly how many people are entering the country, where they came from, and, crucially, where they are during their time within its borders. In analyzing outbreaks, public health officials often struggle with what’s called the denominator question: They know how many people became ill with something, but they may not know how many were exposed, and thus can’t calculate the risk of illness occurring. Saudi Arabia, however, may be able to answer that question—and solving that equation might give its early-warning system more predictive power than those in other places have had.

Some researchers are hoping the data from the new Saudi system could be put to an additional use that its designers may not have envisioned. It could be useful not just for detecting outbreaks during the hajj but also for delivering a comprehensive snapshot of everyday illnesses that might be moving through those surging millions as well.

“People get excited for surveillance to discover the very scary things—MERS, Ebola, the next pandemic virus,” says Amesh Adalja, a physician and senior scholar at the Johns Hopkins University Center for Health Security. “But it is really important to know what is circulating even if it is not causing people to be very sick or to die.”

The hajj represents not only an enormous number of people, but also extraordinary diversity—of age, income, underlying healthfulness or illness, and geographic origin. The data set they collectively represent is unfathomably rare, and the ability to track illnesses moving through them would be more rare still.

That knowledge would certainly help frontline physicians who might be diagnosing and comforting sickly pilgrims in future years of the hajj. If it is made open and public, it might also help protect not just the families and nations those pilgrims are returning to, but the future health of the world. 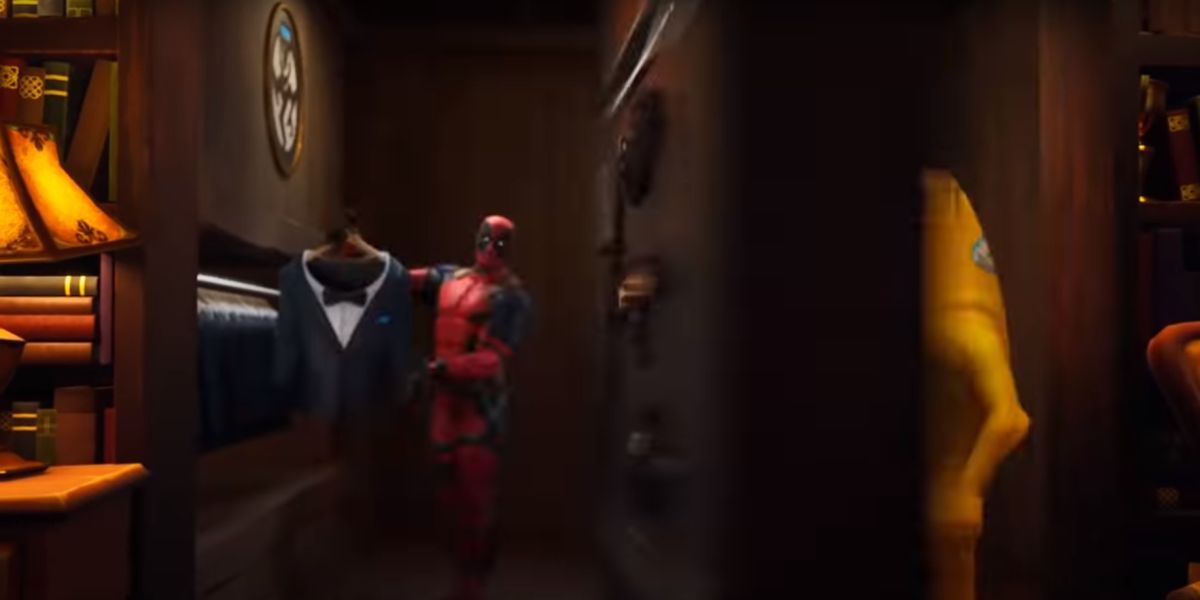