The 19th Century Argument for a 21st Century Space Force

Government sclerosis is no match for the hot take industrial complex. Since President Trump ordered the Department of Defense to prepare for a sixth military branch in June—an order that has stalled, since it requires congressional approval—the debate over this proposed Space Force has become so clouded by partially-informed, mostly-partisan rhetoric, there’s barely enough light for an honest appraisal.

The bare facts are these: The American military has operated in space for over half a century, and Trump’s Space Force is one of several proposals for how—not whether —to continue its orbital commitment. So, forget Moon bases, battles for Mars, and dogfights through the asteroid belt. Moot your hot-blooded support, sputtering antagonism, or news-numbed apathy to whatever any politician says. And please, stop chuckling at the name. The Space Force deserves your unclouded consideration. America’s role in humanity’s accelerando of space-based science, exploration, and business depends, in no small part, on its commitment to space-based power.

A few more points before we get going. First, the military is concerned with space only as it concerns Earth. In practical terms, this means space can be defined as the region encompassing the planet’s outer atmospheric fringe to about 1/10th of the way to the Moon. Second, the US military is already up there. Every branch has space assets; satellites have played an indispensable role in nearly every US military operation since Operation Desert Storm. Third, space power is an extension of geopolitics. Which means space dominance is already contested. America has the most military satellites right now, but the Pentagon has slackened its launch tempo in recent years. Security experts warn that Russia and China are both catching up and developing anti-satellite weapons capable of tripping up America’s strategic orbital foothold.

The fourth thing to know about space power is, if America gives up its military dominance, expect its economic influence to wane as well. According to the Satellite Industry Association’s latest annual report , the commercial space industry was worth $350 billion in 2017. Now, not every space business is American, but most operate under free market economic principles. You don’t have to be wearing a Che Guevara shirt to accept the fact that the US military has a long history of projecting soft power to support capitalism—this is classic Big Stick diplomacy, folks.

What this all means is, an eclipse of American space power could cast long geopolitical shadows. According to Space Force advocates, a sixth branch wouldn’t be forced to take budgetary hand-me-downs from its sibling services. It would have its own leadership and culture innovating, and arguing for, space-centric applications of military power. But, does this Cold War reposturing really justify creating a new branch of the military—does the already bloated Defense Department need a bigger slice of the taxpayer’s pie? These are not new questions. In fact, they date back to the dawn of the Space Age itself.

Americans first started paying serious attention to space in 1957, with the Soviet launch of Sputnik. If the USSR could put satellites in space, couldn’t it put intercontinental ballistic missiles in American cities? The US fired back with a series of spy satellites, and with them a proto-Space Force.

“The launch of the Project Corona satellites in the late 1950s raised the question of whether the Department of Defense should have a space force to manage and operate this burgeoning portfolio of surveillance and communication satellites,” says Bryan Clark, a national security expert for the Center for Strategic and Budgetary Assessment. The Army, Navy, and Air Force were all already pursuing their own orbital portfolios. So in 1960, the Pentagon established the National Reconnaissance Office, to run intelligence operations in orbit. “Arguably, for intelligence satellites, the NRO is the Space Force,” says Clark.

This bit of bureaucratic shuffling didn’t stop the Army, Navy, or Air Force from pursuing their own projects. Nor did it calm their quarreling over which would be the primary steward of America’s space power. (NASA was formed in 1958 as a civilian agency.)

The Air Force ultimately won that battle, and today controls about 90 percent of the defense space budget. But the intellectual history of space strategy comes from the Navy. In 1890, Navy officer Alfred Thayer Mahan published The Influence of Sea Power Upon History , arguing that strong navies beget strong nations. Sea power allows nations to control what Mahan called “lines of communication.” A powerful seagoing nation could move troops, food, weapons, and supplies with impunity—while blocking its enemies from doing the same.

Sixty-two miles above the oceans Mahan sailed, satellite systems are the new lines of communication, the tools with which militaries exert terrestrial power. “The big similarity between the sea and space is about commanding and exploiting a transitory medium,” says Bleddyn Bowen, a space strategy expert at the University of Leicester in Great Britain. “It’s a place we can’t live in, so you have to patrol the necessary lines of communication, or access points.”

Which means space power is more than just a military concern. Of the $350 billion spent on commercial space projects in 2017, three quarters went into building, launching, and operating commercial satellites. Many space power strategists argue that both the current state of space commerce, and its future, depend on America’s military dominance in space.

Mahan’s sea power theory sort of even helped the Air Force successfully split from, and become become equal to, the US Army, in 1947. Seminal air cadets like Billy Mitchell and Hap Arnold argued that air power was analogous to sea power in that it was essential in securing lines of communications. And, as history has borne out, the Air Force’s leadership, culture, and ability to secure its own funding from the Pentagon is a big reason why the US has dominated the world’s airspace. Ironically, Air Force leadership resists the near-identical arguments that space cadets use to argue for an independent space command. Last summer, Air Force secretary Heather Wilson dismissed a congressional bill for a Marine Corps-like Space Corps that would to the Air Force, but have autonomous leadership. “If I had more money, I would put it into lethality, not bureaucracy,” she said.

That bill came from Alabama representative Mike Rogers, one of the most vocal critics of the Air Force’s space stewardship. (The LA Times reported in August that he was largely responsible for selling Trump on the idea of a Space Force.) Like many space cadets, he argues the Air Force disproportionally promotes pilots, and the flyboy leadership doesn’t take space seriously. He has noted that the Air Force’s space power investments have not increased since 2013, while its overall spending has climbed 30 percent. The Army, Navy, Marine Corps, and Coast Guard have all let their space programs wither, Rogers told The Atlantic in August, such that the US military is, on average, six to eight years behind its geopolitical foes on deploying new space technology.

Arguments favoring a Space Force always contain a pith of geopolitical anxiety—the US needs space power to keep from falling behind Russia and China. The counter-argument says renewed orbital vigor might trigger a space arms race. This might happen, but probably not the way you imagine.

“Space strategists have been thinking about anti-satellite projectiles, kinetic missiles, and orbital nukes since the early days of the Cold War,” says Adam Routh, a defense researcher with the Center for a New American Security. China blew up one of its own satellites in 2007 using a kinetic weapon, and Russia blustered about dropping nukes from orbit a few years back. The US is likely developing comparably devastating anti-satellite technology—like the Air Force’s classified X-37b spacecraft —but mostly, these guns have stayed holstered.

But don’t expect space warfare to be rooted in physical weaponry. One, savvy enemies could use space weapons against you, for instance by tricking you into wasting your orbital ammo on decoy missiles. Two, blowing up an enemy’s satellite is just going to clog up orbital space. Three, the specter of Mutually Assured Destruction tends to quash these ideas before they ever near the launchpad. But mostly, they are just too expensive.

Space warfare will be—maybe already is—much sneakier. A February report from the Director of National Intelligence warned that the biggest space threats would probably come from things like lasers capable of dazzling a satellite’s sensors, signals capable of jamming ground-based control stations, or space-focused cyber attacks.

“There’s also the threat of so-called remote proximity operations,” says Routh. “These are satellites that can sidle up to, and interact with other satellites.” These little space ninjas could reprogram, bug, or misdirect a US military satellite for all sorts of mischief.

Of this year’s $590 billion defense budget, about $25 billion goes to space programs at the Air Force and National Reconnaissance Office. On August 8, Vice President Mike Pence said the Space Force would cost about $8 billion over the next five years. And yes, a lot of that money will go to reorganizing space power as it already exists. You can’t get to Starfleet without bureaucracy.

It’s unlikely the sky would come crashing down on the United States if it did not immediately create a Space Force. On the other hand, space will likely continue to grow in strategic and commercial importance. And once businesses start setting up shop on the Moon, colonizing Mars, and mining asteroids , some expansion of space power will be a foregone conclusion. The Space Force is just one possibility. Congress could also decide it prefers a Marine Corps-like Space Corps, or a Coast Guard-inspired Space Guard. Wherever the debate goes, remember that it’s always best to control your own lines of communication. 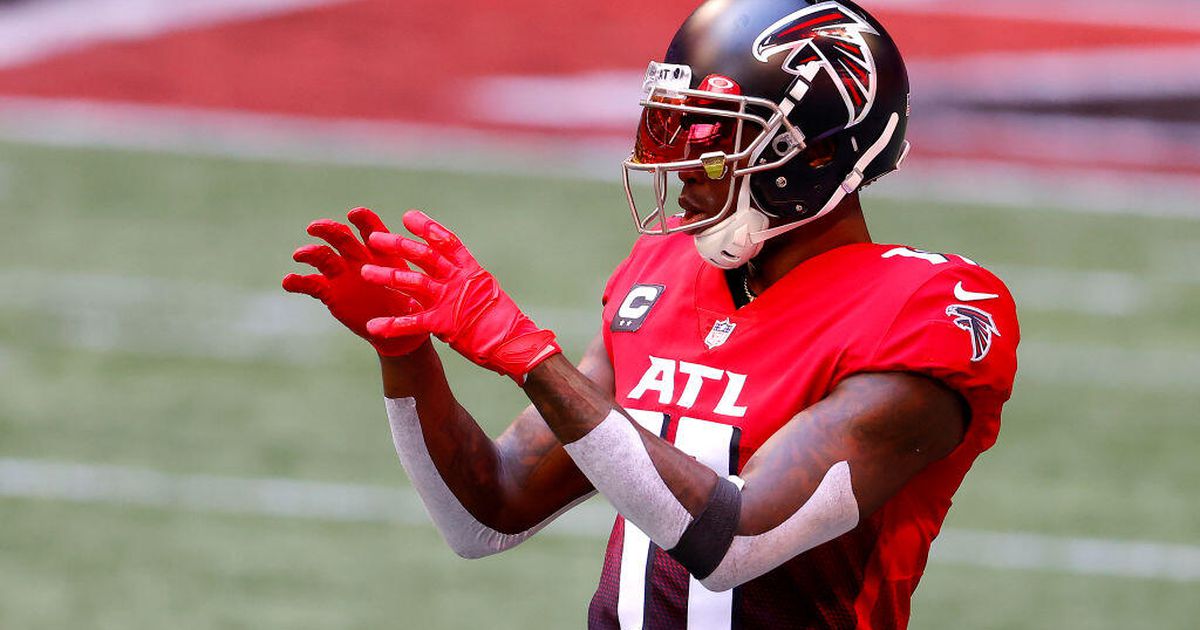 Tech News – NFL 2020: How to watch Falcons vs. Panthers on Thursday Night Football without cable

Bringing you the latest news from across the tech world. Now go ahead and read what you were looking for, but remember keep checking our news section for more of the latest technology news to keep you up to date and in the know. NFL 2020: How to watch Falcons vs. Panthers on Thursday Night […]