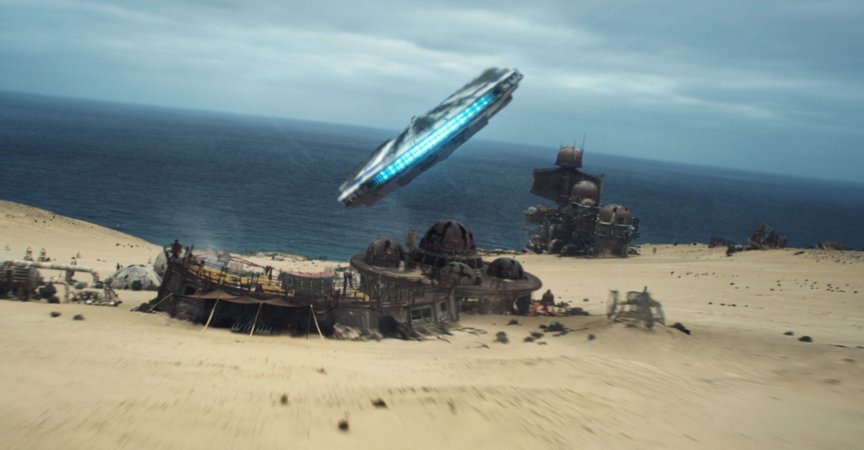 ‘Solo: A Star Wars Story’ and the False Hope of Really Great Trailers

Good day, rogues; a new Solo: A Star Wars Story trailer dropped last night. It looks really incredible. Donald Glover’s Lando Calrissian drips swagger. Emilia Clarke is in High Society Khaleesi mode, minus the dragon white hair. There’s even a few seconds of Thandie Newton for folks who can’t wait for Westworld to come back. Chewie is 190 years old and he looks great! It’s easy to have a really good feeling about this.

But that’s what trailers are supposed to do. It’s their whole job. There’s a science to it—one that nobody knows better than the folks at Disney. (Or whoever they hire to make their trailers for them.) That’s not a dig; it’s just the way it is. And it doesn’t mean the movie will be just as entertaining as the teaser.

Remember the summer of 2012? It was the season of The Avengers and Dark Knight Rises. It was also the season when the Man of Steel trailers debuted. While Christopher Nolan’s Batman trilogy was just ending, it looked like Zack Snyder was preparing to take up the Brooding Superhero mantle. The teasers even got multiplecomparisons to the work of film auteur Terrence Malick. Yet the final product, released a year later, did not live up. The same thing happened with Ridley Scott’s Prometheus. And Suicide Squad. And Spider-Man 3. And Cloud Atlas. And probably at least one Mission Impossible movie.

This is going to happen from time to time. In fact, it’s going to happen more often than not. Trailers have evolved a ton over the last few years—especially now that all trailers get released online as soon as they’re on TV or in theaters—and as movie marketers have gotten more adept at beguiling audiences, the obvious result is that sometimes the steak won’t be as good as the sizzle. There’s also been a push to reveal more plot in trailers in recent years, and while a movie like Rampage might benefit from that (then again, it’s a movie starring The Rock—do you think he’ll fail ?), it can set up a letdown for those who like to go in fresh.

Audiences know this is true because, well, they’ve been burned before. By this very franchise. Remember when that first full Rogue One trailer dropped? Folks—including people at this very publication—were stoked. Who didn’t want to see how rebels stole the plans for the Death Star?! But then the movie came out and it was … fine? (It also might’ve been a metaphor for all of 2016.)

It wasn’t that Rogue One was bad—Kathleen Kennedy would rather jump into a sarlacc pit than have that happen—it just felt a bit haphazard. An entertaining idea that maybe didn’t have enough story behind it to fill a whole movie. It’s not just me; Tony Gilroy, the guy called in to do reshoots after Gareth Edwards’ director’s cut was done, has said the movie was in “terrible trouble” before he came on for last-minute fixes.

Solo is now in a similar position. But this time—perhaps after learning some lessons with Rogue One—the film got a new director midway through shooting, not after a cut was already done. Ron Howard replaced Christopher Miller and Phil Lord just days after they were let go and seemed to work at Kessel Run speed to get the movie ready for its May 25 release date. Howard, like the company he’s working for, doesn’t really put out terrible films. Even his questionable, Da Vinci Code-type choices are still crowd-pleasers. And, provided he was given enough time to do what he needed to do on the Han Solo prequel, there’s a chance it’ll fare even better than Rogue One. (At least one anonymous Solo actor seems to think it has a fighting chance.)

And much of that promise shows up in this new Solo trailer. The shots of the so-fresh, so-clean Millennium Falcon speeding through space alone seem worth the price of admission. And, if his arched eyebrow is any indication, Glover’s “everything ::beat:: you’ve heard about me ::beat:: is true” Calrissian will be the movie’s scene-stealer. There will also be Han and Chewie banter, which no one has ever objected to, ever. But as with all trailers before it, if those are the things you want to see, there’s no need to go to the movie—they’re all right here. Just watch this sizzle reel on a loop. If you want to know if Solo has got it where it counts, though, you’ll have to wait until May 25.