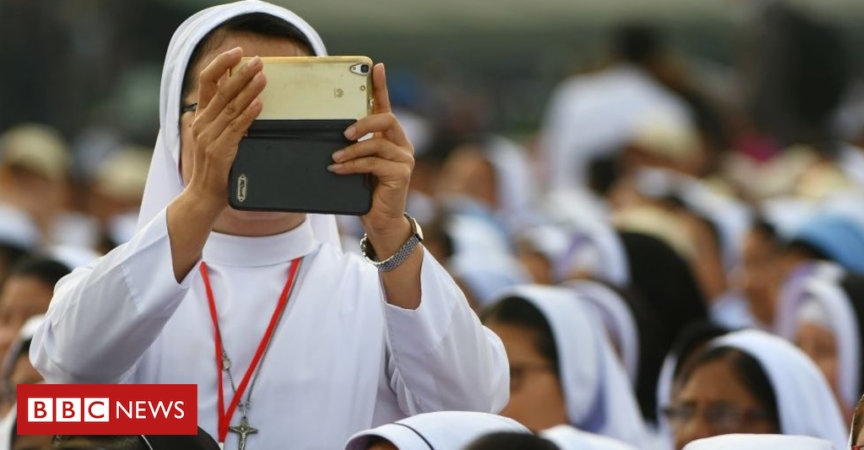 Pope warns nuns to use ‘sobriety’ on social media

The Pope has issued instructions telling nuns to use social media apps “with sobriety and discretion”.

It says the guidance is intended to safeguard silence and recollection.

The document mentions “social communications” rather than specific apps, but Catholic newspaper the Tablet said that this referred to Facebook and Twitter among other services.

The document says that discretion should apply to “the quantity of the information and the type of communication” , in addition to the actual content of the media.

An order of nuns in northern Spain made headlines last month after taking to social media to comment on a controversial case in Pamplona that saw a group of men accused of gang rape given what many regarded to be unduly lenient sentences .

On their Facebook page (in Spanish) , the Carmelite Nuns of Hondarribia defended the victim by pointing out the free choice they had made to live in a convent, to not drink alcohol or go out at night.

“Because it is a FREE decision, we will defend with all means available to us (and this is one) the right of all women to FREELY do the opposite without being judged, raped, intimidated or humiliated for it,” they added.

The latest guidance is not thought to have come about as a result of that case; and this is not the first time the Catholic Church has issued guidelines on social media use for nuns.

The original constitution on feminine monastic life, Sponsa Christi Ecclesia, was published in 1950 by Pope Pius XII, but Pope Francis expanded the document in 2016 to warn against digital culture’s “decisive influence” on society.

He urged nuns not to let digital media “become occasions for wasting time”.

The Vatican itself is a prolific tweeter.

It has posted close to 15,000 messages on its news account and more than 1,500 times via the Pope’s English-language official page .