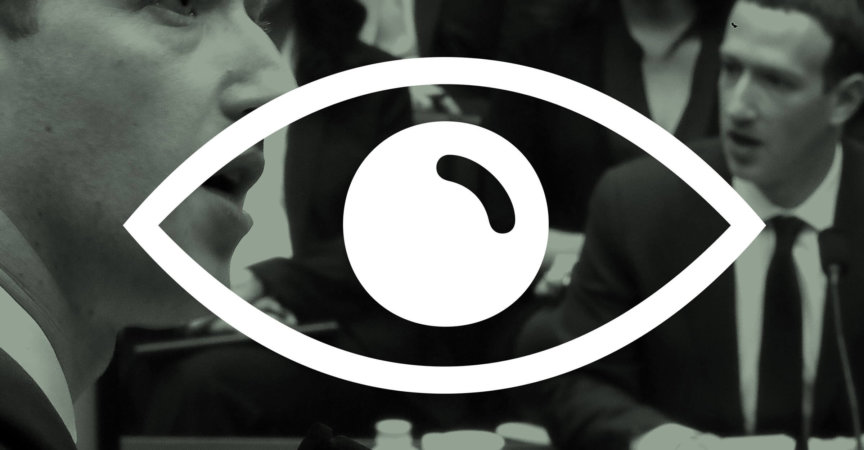 Mark Zuckerberg Plays the Scapegoat for Our Facebook Sins

There isn’t much in the way of serious philosophy underpinning Silicon Valley’s exertions. It’s a world of doers not thinkers, and the thin patina of Medium “thought pieces” written by “thinkfluencers” wears off with the mildest intellectual rubbing.

One possible exception is the late René Girard , an erudite philosopher and literary critic famous for two overarching theories, both of which are key (if only subconsciously) to the billion-dollar pixel empires of Silicon Valley.

Antonio García Martínez (@antoniogm) is an Ideas contributor for WIRED. Before turning to writing, he dropped out of a doctoral program in physics to work on Goldman Sachs’ credit-trading desk, then joined the Silicon Valley startup world, where he founded his own startup (acquired by Twitter in 2011), and finally joined Facebook’s early monetization team, where he headed its targeting efforts. His 2016 memoir, Chaos Monkeys, was a New York Times best seller and NPR Best Book of the Year, and his writing has appeared in Vanity Fair, The Guardian, and The Washington Post . He splits his time between a sailboat on the SF Bay and a yurt in Washington’s San Juan Islands.

This first is that of mimetic desire, whereby humans greedily desire some commodity, in part because they are imitating some admired tastemaker. People also aspire to be such a tastemaker, a greed for the very spectacle that attracts desire. Consider the highly curated and idealized online identities we maintain for such lifestyle showcases as Facebook or Instagram. Viewed via those selective lenses, our lives are a parade of epicurean meals on tastefully arranged tables, life-changing adventures in far-off locales, and carefully color-filtered milestones like new jobs or relationships. We jockey not just to possess those things but to show them off, and the best show-offs are exalted with little blue check marks next to their names and a million jealous followers.

This cycle of mimetic exhibitionism holds even for metaphysical things like moral values, which in a world colonized by capitalism have become a wearable commodity. The “social justice warriors” strut their wokeness like so much jewelry via the newfound pastime of online virtue-signaling. Whatever society values, whether Cartier or intersectionality, we want to be the celebrity endorser who wears the alluring bauble with graciousness and cool. The Facebook congressional hearings have us fixated on the Trumpian elements of the social media brouhaha, but in non-election years, it’s the mimetic Kardashian element that keeps us glued.

The constant mimetic jousting in society creates tensions, which brings us to the second Girardian contribution: the scapegoat. The original narrative comes to us from Leviticus, where on Yom Kippur the high priest would heap the sins of the community on a sacrificial goat, which was then expelled and abandoned to die in the desert, presumably taking the sins with him. Christians reprise the same symbology in the Christ figure: In Catholic liturgy, the priest intones “the Lamb of God who takes away the sins of the world” as he fractures the host. Other traditions have their own collective violence and repudiation: the pillorying of the early American Puritans, stoning in the Muslim world, or Amish shunning.

The point of the ritual is to cleanse the community via collective violence against or repudiation of the moral transgressor, irrespective of actual guilt. Girard hypothesized that this serves to unite different (and often hostile) elements of the community in their moral scorn for the scapegoat: The expulsion or stoning must be done with moral fervor, enough to (temporarily) paper over the community’s factionalism, much of it due to mimetic jealousy.

There sat the Harvard dropout and son of a Dobbs Ferry dentist who’d somehow managed to concoct the ersatz version of human social life, finally getting his comeuppance and being called to account. It was an exceptionally watchable and entertaining stoning.

Representative Diana DeGette (D-Colorado) asked basic questions about Facebook’s balance sheet and previous litigation, to admissions of ignorance from Zuckerberg, causing an incredulous DeGette to ask, “You’re the CEO of the company, correct?” (Zuck knew the answer to that one). Representative Billy Long (R-Missouri) even plumbed the tech titan’s ignominious beginnings by asking about Facemash, the classmate-hotness-ranking app that Zuckerberg had floated before Facebook, coyly asking if it was still in operation (Zuck smirked a “No, congressman …”).

Most of our nation’s legislators did not seem even vaguely equipped to ask the detailed technical and legal questions necessary to dissect Facebook and its creator, but frankly, neither does most of the journalistic chattering class. I often serve as a source on the vagaries of Facebook monetization, and the politicians’ questions were no dumber than those I’m regularly asked by working journalists. But again, this is all the beside the point. The skill of the stone-throwers matters little to the spectacle.

So what sins are we self-servingly heaping on this poor billionaire’s head? What are we atoning for via this C-SPAN stoning? If only for a moment, let’s talk about Facebook users rather than Facebook.

When we the users are given a magical device that mimics our social interactions so well we ingest the simulacrum as real, and the device offers us a way to connect globally with anyone 24/7 in real-time, we don’t use the device to usher in a new and utopian age of human empathy and communication, as its creators so naively intended.

No. Instead, we use that device to rally ethnic cleansing, advance fantastical and self-serving political agendas, and otherwise undermine the very intellectual and scientific underpinnings (like a belief in objective, measurable reality) that made the magical device possible. Facebook’s news feed, or Google’s search ranking for that matter, is coldly aloof and amoral, and merely shows us what its creators think will keep us engaged. If technical disquisitions on Einsteinian relativity or humane reporting on the civilian tragedy of the Syrian Civil War drew more interest than celebrity wedding news and the latest in the ongoing Trump psychodrama, then that’s what would populate Facebook. Our feeds are ultimately a reflection of ourselves, not in the narcissistic way we intend, but as a collective human self-portrait.

After one too many climate change denials or debunked viral conspiracy theories, we stare into the social media mirror this magical device creates and recoil in horror at the ugliness reflected there. Ultimately, however, we opt not to change ourselves or how we use the device, but to ritually stone the guy who built the mirror. Which is why Zuck was sweating under his incongruous suit as he tried to explain Facebook to a pack of showboating senators and representatives. Many of those same lawmakers received political contributions from Facebook and the company’s well-heeled employees. Many of them have no doubt also used Facebook ads, the villain being tried alongside Zuckerberg, to maintain themselves in power. And those who haven’t used Facebook ads soon will, because there’s no better endorsement for an ad product than half the world screaming that Facebook swung a slew of important elections. The political advertising budgets dedicated to Facebook in 2020 will outpace all spending precedents, almost certainly. In my cynical estimation, the most significant outcome of the Great Facebook Election Scandal of 2016 will be the further weaponization of the platform, despite whatever regulation may come, with every politician having to adopt the sophisticated targeting and ad-optimization strategies that the Trump campaign copied from the commercial world and which arguably contributed to its victory.

Not that we, the electorate, are much better.

Which brings us back to the Girardian scapegoat and its motivations. Recall that the casting out of the goat is a recurring event, as are Facebook’s mea culpas, both possessing an annual regularity like Yom Kippur. In addition to the cathartic unifying act of the expulsion, there’s the communal wiping clean of sin, a sort of group Catholic confession. We expelled the sin-laden goat from our midst and/or stoned the symbolic sinner. Moral slate clean, we’re ready to sin again.

For the senator who just spent an allotted five minutes excoriating Zuckerberg, it’s time to spur his staff to find a good social media agency for his 2018 reelection bid. After all, the partisan stakes will be high in the midterms, and the media arms race is heating up. The Democrats won’t dismiss Facebook ads this time, as Clinton apparently did.

For us, the users, it’s time to check our feeds with our freshly re-downloaded app and read meandering appraisals on the hearing’s import (such as this one), as well as howling jeremiads against Facebook. Perhaps we’ll engage in some mimesis and reshare one of them—all of this distributed via Facebook itself, of course.

Until the next time we’re all sick of mimetic competition and need to trot out Zuckerberg again for another scapegoating exercise. The company seems more than happy to oblige.