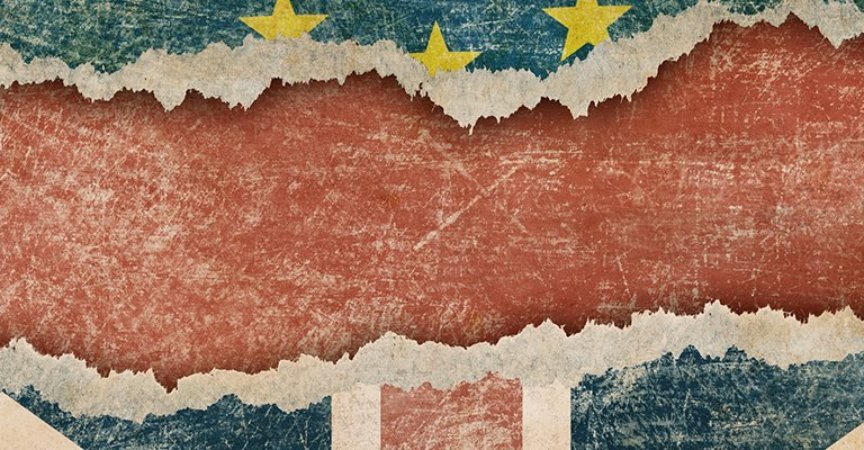 Is ‘Brexit effect’ to blame for drop in UK data management investments?

The economic uncertainty surrounding the UK’s exit from the European Union could be why British businesses appear to be curtailing their investments in data management technologies.

Research from cloud backup software provider Veeam , into the data management investment priorities of 1,575 C-suite executives from 13 countries, suggests UK IT buyers are planning to spend markedly less on this area over the next 12 months compared with their overseas counterparts.

UK participants in Veeam’s 2019 Cloud data management report said they planned to spend $14m on deploying cloud data management technologies over the next 12 months to lay the foundation to derive greater value from the data their companies generate and process.

However, this figure is way below the global average level of investment respondents said they were planning in this area, which stands at $41m, prompting concerns from Veeam that the UK could find itself trailing behind other nations in years to come from a digital perspective.

The UK’s increasingly digital economy means companies need to be investing in technologies to ensure they are well-positioned to cope with the exponential growth in data volumes, as well as the ever-heightening expectations of consumers, Mark Adams, regional vice-president for the UK and Ireland at Veeam, told Computer Weekly.

According to Veeam’s research, the converse appears to be true in the UK, and when coupled with some of the other statistics from the report, paints a somewhat concerning picture about the UK’s digital responsiveness in the years to come.

“The volume of data is going through the roof. We know people are embracing different technologies, and the UK is no different, in that 61% of respondents said they have deployed big data and analytics, and 20% said they are going to keep going,” said Adams.

“The factor that goes alongside it is that our tolerance of downtime of any kind is going the other way at the same sort of speed – you expect those apps to be there when you want them, and are not going to [accept it] when they’re not,” he added.

“The number one fact that comes out of this survey is that 80% of senior IT people in the UK are … not in a position to meet user demands,” he said.

Again, this figure is out of step with the global average, where 73% of respondents from all countries said they feel primed and ready to meet the digital demands of users.

“The overall stat is quite worrying – that the vast majority of UK and global enterprises are not in a position to support user expectations in one form or another, and that is a huge gap,” said Adams.

The fact businesses feel ill-equipped can be attributed to how complex the data management setups of organisations are these days compared to yesteryear, when firms largely just had to contend with keeping tabs on the data located in their on-premise server rooms and datacentres.

Nowadays, businesses can have data stored in multiple places, including hybrid and multicloud setups , while the emergence of edge computing and internet of things (IoT) data processing hubs also mean firms could have numerous local data stores to keep tabs on too.

“Data now grows exponentially, and you have it stored in distributed systems,” he added.

Of upmost concern in this year’s report, though, is how little UK businesses are planning to spend on data management over the next 12 months, claims Adams, which he thinks could be attributed to the ongoing uncertainty over how Brexit will affect the UK economy.

Particularly as the $14m figure put forward in this year’s survey represents a marked downturn in what UK firms said they were planning to spend when Veeam last conducted this survey two years ago.

Two years ago, this same survey put the UK in a leading position, with investment, innovation and skills, and the government planning to train people to handle this growth in data, he said.

“We were in the front line with everybody else, [and now this data] implies that we’re now investing a third of the global average,” he added.

Adams admitted the survey did not probe respondents on how geopolitical events such as Brexit might impact on investment habits, but said an “educated guess” suggested it was likely to have some bearing on the survey’s results.

“I think we need to go down to the next level to understand the granularity, but is it because of the uncertainty? Regardless of if you’re a Remainer or a Leaver, you don’t know what will happen so you’ve not invested?”

If that is the case, once the Brexit deadlock currently blighting Westminster is figured out, there is every chance the next round of research Veeam publishes on this subject could show a rebound in investment, but that is not guaranteed, he said.

“It could be British businesses are considering their options, but haven’t planned [any big investments] assuming we ever get out of this mess. That’s not as big a concern, because that investment could come back,” he said.

“If it’s global businesses investing in Munich instead of London, that is a great concern because that [investment] won’t return.”