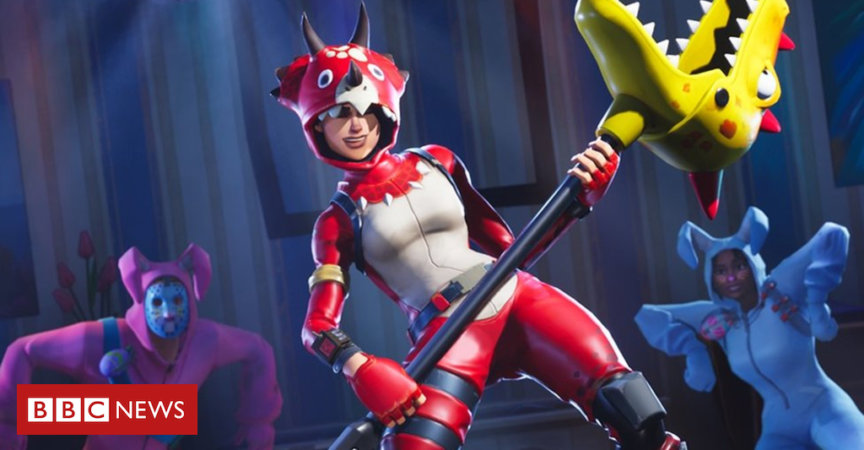 The developer of Fortnite has confirmed it will bypass the Google Play app store when the game is released for Android smartphones.

The Google Play store lets Android users buy and download apps using a simple interface, although Google takes a 30% cut of sales made.

The studio has not yet announced when the game will arrive on Android.

Fortnite Battle Royale sees 100 players land on an island to look for weapons and build defences. The person who survives the longest wins.

The game is free to play, although gamers can choose to buy cosmetic customisations such as clothes and dance moves for their character.

Speaking about the decision to avoid Google Play, Mr Sweeney told news site The Verge that Epic Games wanted to have a “direct relationship with our customers on all platforms where that’s possible”.

Fortnite is already available to download on the PlayStation 4, Xbox One and Nintendo Switch via each platform’s official store. It is also available on the iPhone and iPad via Apple’s app store, where Apple takes a 30% cut of sales.

However, these platforms are tightly controlled, and make it difficult for people to install software from unofficial sources.

In contrast, Fortnite can be easily installed on a PC or Mac from Epic Games’ own website.

Third-party apps can also be installed on Android phones from the web browser, if the correct permissions are enabled on the handset.

However, novice users are typically discouraged from doing so, because apps from unknown sources could pose a security risk.

Fake versions of Fortnite , promising to give Android users access to the game, have been circulated online.

Fortnite Battle Royale has become a global hit and has more than 125 million players worldwide.

Mr Sweeney said Google’s 30% “store tax” was a “high cost in a world where game developers’ 70% must cover all the cost of developing, operating and supporting their games.

“30% is disproportionate to the cost of the services these stores perform.”