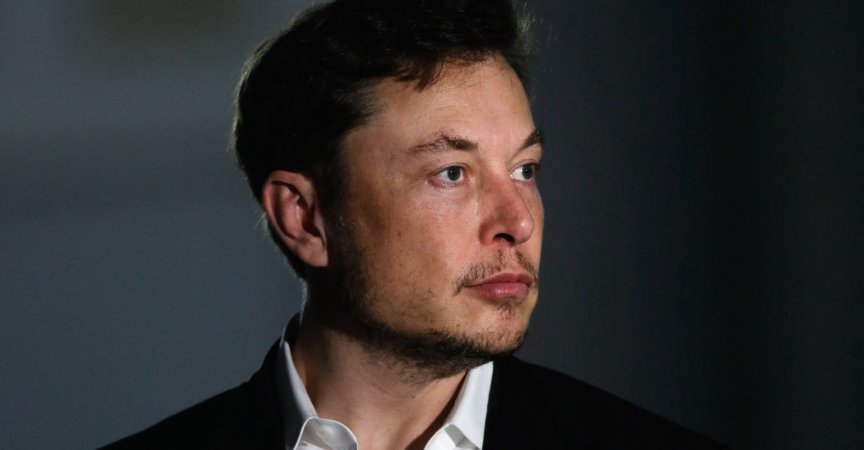 UPDATE: On Wednesday, August 15, the Fox Business Network reported that Tesla received subpoenas from the US Securities and Exchange Commission. The Wall Street Journal and New York Times later confirmed the reports. The subpoenas indicate that the agency’s probe into Elon Musk’s Twitter activity has reached a more formal phase. This story, about the SEC’s investigation into Musk’s tweets, originally ran on August 14.

Elon Musk is, if nothing else, a warrior. He has battled short sellers. He has waged war against the auto industry and the National Transportation Safety Board. He has scrapped with the media and Los Angeles traffic and, because 2018, Azealia Banks. Now, Musk may be in yet another battle, with the US Securities and Exchange Commission.

This all started a week ago, when the Tesla CEO tweeted, “Am considering taking Tesla private at $420. Funding secured.” But as Musk revealed in a Monday blog post, that funding may not, in fact, have been all that secured. And for the agency that regulates the securities industry, that may be a problem. One that could hurt Tesla where it counts: its checkbook.

The problem is that securities law requires that public companies make certain sorts of information public to all their shareholders at the same time. And that said information be true. Anything less could be construed by courts (and juries) as fraud or market manipulation. That makes Elon’s tweet problematic. Investigators have reportedly opened a probe into the tweet, and could choose—after collecting facts—to either sue the company in a district court or bring a sanction before an administrative law judge. Tesla declined to comment.

For the SEC, Elon’s tweets have two potentially concerning elements. One is the medium. Sure, anyone investing in Tesla should know Musk says all the juicy stuff on Twitter. And the Commission has allowed companies to disclose information on social media in the past, provided other shareholders are alerted in some other way. In the eight days since Musk tweeted about taking Tesla private, the automaker has not filed paperwork to disclose a material event or disclosure, the kind of big deal happening that all shareholders need to know about.

The second concerning element of Elon’s tweet is the message, especially the “funding secured” part. From the SEC’s perspective, that should be a factual statement: Musk definitely has the $70 billion or so lined up to take Tesla private.

But the CEO’s Monday blog post wasn’t so straightforward. He writes of a July 31 meeting with Saudi Arabia’s sovereign investment fund, which recently took a 5 percent stake in Tesla . He says that the fund’s managing director “expressed regret that I had not moved forward previously on a going private transaction with him,” and that the director “expressed his support for funding a going private transaction with Tesla at this time.” Then Musk hedges: “I understood from him that no other decision makers were needed and that they were eager to proceed.”

Securing take-private funding is not that easy, says John Coffee, Jr., the director of the Center on Corporate Governance at Columbia Law School. It is an intensive process that requires a lot of financial wrangling before anything’s a done deal. “There are enough concessions in the blog post about this being subject to financial and due diligence review and final approvals to determine that Musk didn’t have funding secure,” Coffee says. “He had at best, a hope for it.”

For the SEC—which, like many enforcement agencies, enjoys making headlines with shows of force—this might be an easy win against Tesla. Its investigators don’t even have to prove that Musk meant to lie or mislead investors. “The SEC can just say there was a materially false statement,” says Coffee. “It doesn’t have to prove an intent to defraud.”

If Tesla were smart, Coffee says, it would strike a deal with the feds, and quickly. In rule violations and breaches, federal regulators generally appreciate a touch of diplomacy, or contrition. An easy settlement might only cost the electric carmaker tens or hundreds of thousands—while a loss at court could cost it millions. (Back in 2003, the SEC fined one company $25,000 for a take-private transaction gone foul.)

Fighting the SEC, on the other hand, might get the electric carmaker in to deeper trouble, for more legal headaches lurk. By Tuesday, three Tesla shareholders had filed proposed class action lawsuits against Musk and Tesla, alleging the CEO tweeted to squeeze Tesla short sellers and goose its stock price. (If that was the plot, it worked for a spell—the stock spiked, then settled back to its previous price.) To win their cases (which may be combined), the plaintiffs will have to prove Musk meant to screw with the stock price. That means they’ll have to find a paper trail, or be able to string together enough compelling evidence to convince a jury or judge of what Musk was thinking when he tweeted. But if Tesla loses a case to the SEC, Coffee says, elements of that judgement could be used during a civil case. Bad begets bad.

Musk, and Tesla by extension, have always been scrappers, and unafraid of a fight. For years, the CEO has expressed intense frustration with short sellers, and with the requirements that come with being a public company. (Recall that he called analysts’ questions “bonehead” and “dry” during a May earnings call.) But when it comes to the SEC, some contrition might be wiser. Indeed, Musk seems to have temporarily gone the more conventional CEO route, announcing Monday night that he’s working with serious financial institutions like Goldman Sachs and Silver Lake, and serious law firms, like Wachtell, Lipton, Rosen & Katz, and Munger, Tolles & Olson, on the take private transactions. Now that federal investigators are involved, the well-paid lawyers are here, too.