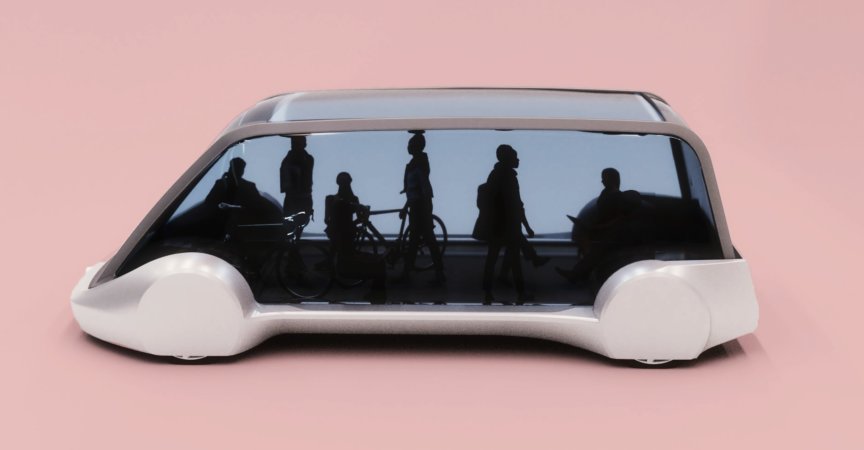 Elon Musk’s Boring Company Is Now All About Public Transit

From its conception in LA traffic in late 2016, Elon Musk’s Boring Company has had a simple vision: blasting torturous gridlock by putting people in tunnels. “Am going to build a tunnel boring machine and just start digging…” the Twitter-loving Tesla and SpaceX CEO tweeted .

Musk went ahead and bought that boring machine, then another, and he’s using them to experiment with tunnel building techniques in Hawthorne, California, near SpaceX headquarters. And he’s been pitching government officials on his approach. The Boring Company has proposed tunneling projects in Los Angeles, Maryland, Washington, DC, New York and Chicago .

Transportation experts and urbanists of a more traditional stripe have been less than impressed. Musk’s first Boring Company concept video focused on the personal car, showing Teslas (of course) blasting down underground tubes onboard electric skates, which Musk has promised will move up to 150 mph. How can any form of transit promoting personal cars—vehicles carrying up to five (squished) people at a time, and more likely carrying just one—reduce congestion? What happens if you don’t own a car at all? Musk’s comments during a conference in December didn’t help matters, when he mocked mass transit .

Now, Musk seems to have heard the criticism. Well, at least part of it. In a series of Twitter posts on Friday, the CEO announced his company’s work would “prioritize pedestrians and cyclists over cars,” emphasizing public transit over private transportation.

“Will still transport cars, but only after all personalized mass transit needs are met,” he wrote. “It’s a matter of courtesy & fairness. If someone can’t afford a car, they should go first.”

A new, short Boring Company promo video highlights this new vision for “the Loop”, an eight- to 16-passenger pod, which descends from street level to a series of tunnels below the earth.

Musk differentiates between these pods and a subway by noting his “urban loop system” would have thousands of small, parking spot-sized stations instead of larger ones, and take passengers directly from their origins to their destinations, minimizing the need to walk.

But the logistics of the system are still unclear. If the system still carries cars, how will the Boring Company ensure that the public pods are prioritized? How many tunnels do there have to be to guarantee your pod won’t get stuck between another pod making one of thousands of stops? If there are no real stations, where will people wait to be picked up? What happens if there’s a crash—does the whole system shut down? Are there emergency exits? Wouldn’t it be much, much, much cheaper and easier to build a bus rapid transit system, where buses can leap through traffic in their very own dedicated lanes ?

Cities considering giving Musk real space to build real things face bigger questions. Is the Boring Company actually making strides in tunnel boring technology? Can it expedite an oft-slow, labor intensive, and bureaucratically complex process? (“It’s a disaster, working with the politicians and bureaucrats,” says engineer Gary Brierley, who has worked in tunnel design for fifty years. “These guys make their living making life miserable.”) Is the company considering how its tunnels will fit into the broader transportation network—will this system connect to LA’s struggling bus system, or the Northeast Corridor’s successful Acela train?

In January, the Boring Company appeared before the council of Culver City , in Los Angeles County, with a proposal to build a 6.5-mile “proof of concept” tunnel between the city and LA, without public funding. (The Boring Company said it would not request public funds for the project.) Council Member Meghan Sahli-Wells, who voiced her skepticism of the plan during the meeting, says this latest pivot to some vision of public transit hasn’t won her over.

“I would love it if a car salesman would pay attention to pedestrians and cyclists,” she says. But: “When your job is to pay attention to how a city works or doesn’t work for the people who live in it, a slide deck or video or a cool-looking concept is not something that you can make a plan on.” For now, the Culver City plan is in a holding pattern, as the members wait for more information from the Boring Company, 280 characters at a time.