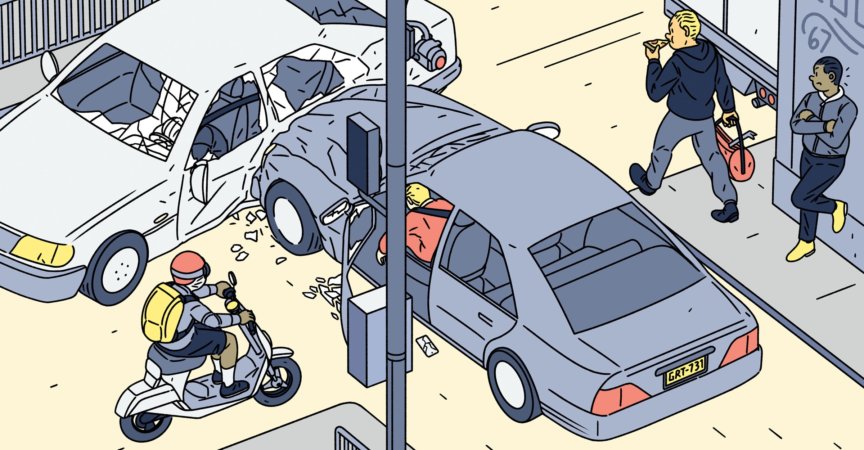 When criminals are plotting, so are vigilant police departments. Officers are increasingly turning to software and ­predictive analytics to anticipate when and where misdeeds are likely to occur. But big data is just one component in a growing arsenal of high-tech policing tools. As agencies around the country push for faster, savvier law enforcement, they’re looking more and more like the precrime unit in Minority Report .

The Louisville, Kentucky, police department recently unveiled a proposal to send self-guided drones to investigate alerts from gunshot-detecting sensors, transmitting video footage back to HQ. But privacy groups are perturbed by drone monitoring—already used elsewhere in searches and surveillance. In May, the International Association of Chiefs of Police technology conference included a seminar on “developing public approbation” for drones.

Policing-tech giant Axon (manufacturer of Tasers) made an offer to US law enforcement agencies last spring: one year of free access to the company’s body cameras and storage software. Axon then has access to the resulting data sets, which it could use to develop AI capabilities, such as automatically analyzing video to generate incident reports.

Cameras at intersections nationwide already upload images of vehicles and license plates to databases, allowing officers to monitor the movements of suspects and identify cars near crime scenes. ICE recently teamed up with a company called Vigilant Solutions, gaining access to its directory of more than 2 billion vehicles.

New York is the first state studying the “textalyzer,” a device that reveals whether phone apps were being used and if messages were sent or received at the time of a car crash. The forensics firm behind the tech says it will tailor the software to local laws.

This article appears in the June issue. Subscribe now.