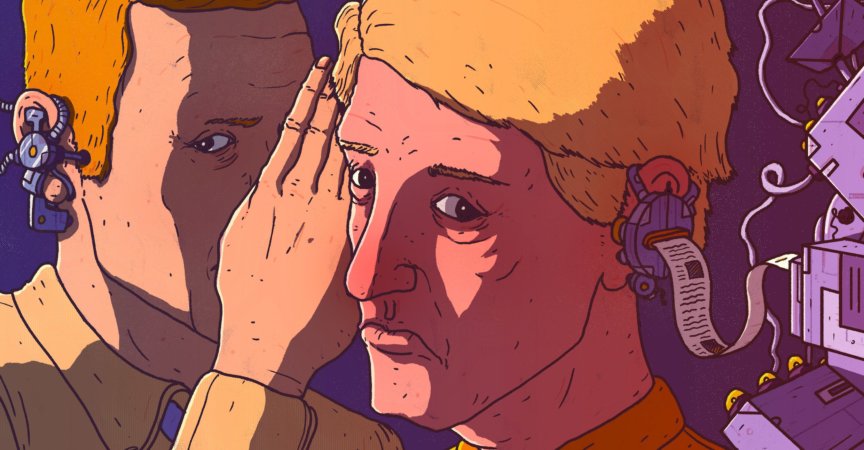 
Secrecy Is Dead. Here’s What Happens Next.

“Hey Don, we have an unusual idea. Leak us one or more of your father’s tax returns.”

WikiLeaks slid that message into Donald Trump Jr’s Twitter DMs—an unusual request for the son of a then-presidential candidate. Since its founding, WikiLeaks had portrayed itself as the ultimate fourth estate—a digital drop-box where secrets could be deposited and released as public information. But in the runup to the presidential election, WikiLeaks’ dispatches began to show a partisan slant. There was an email trove from a hack of the DNC; a searchable database of Hillary Clinton’s emails. A release from Trump “will dramatically improve the perception of our impartiality,” the message continued. “This is the real kicker.”

The exchange happened last year, but it came to light this year, in 2017: a moment when all of our secrets began bursting into the open. Hack after ginormous hack compromised our health data, credit card numbers, and email passwords. From the contents of your inbox to your credit card statement, every possible category of personal information seems up for grabs.

It’s also been the year that we began to hear and respond to the pieces of knowledge that had been bobbing just below the surface. Every day a news alert spreads word of a notable man who has been accused of sexual harassment. Many of these stories were previously known in private circles or stalled in Human Resource departments. Louis C.K.’s masturbation habit had been parodied on television; at New York’s Spotted Pig, assault was so common that staffers nicknamed the private dining room “the rape room.” It took pushing them into the public for the stories to finally have an effect. Susan Fowler’s harrowing essay led to a broader reckoning at Uber. Alabama Senate candidate Roy Moore lost the election. Time named the “Silence Breakers” its person of the year .

Fundamental to this movement is a structural change in how we communicate. Texts and emails leave a trail, making it easier to document incidents and interactions. Secrets used to be the purview of people. Now they are owned by the platforms and databases into which we deposit them—and those have proven easy to penetrate. As more and more of our private lives are captured online, we build opportunities for our most embarrassing moments to leak.

For the institutions used to wielding information to reinforce their power, it has been a difficult transition. Private investigators and spies dug up secrets for Harvey Weinstein as a way of keeping his victims silent by owning their sexual pasts. Facebook makes easy money from the secretive system that allows nefarious actors to hide which ads they buy. The NSA has collected our private correspondence for years, unchecked.

But this unmooring is painful for the rest of us, too. Releasing our secrets willingly, as in the #MeToo movement, requires us to encounter our darkest traumas and offer them up for public judgement—to a public that may contend with our secrets in ways we can’t yet envision. In order to build this new system, we’re burning the old one to the ground, a dismantling that requires us to confront each ugly reality. This openness is the price of a better world, full of the things we want—things like a respectful workplace for women; a society free from entrenched racism; trans-friendly bathrooms. And yet: The old system may have been bad, but at least we understood how it operated.

It’s glorious, but also terrifying. We can’t choose how our thoughts and actions may be weaponized. When all information can be made public, it’s no longer a question of “if” a secret will be revealed, but rather when, and by whom. In a world without secrets, we are still learning the rules.

There is one rule of secrets we’ve learned this year: They are political. Secrets emerge when someone has something to gain from their exposure. Sometimes the motivation is straightforward. (Hackers always have a reason to get at your credit card number.) But other secrets only emerge under complicated circumstances.

In theory, WikiLeaks offered the ultimate transparency. A neutral whistleblower, with no interference between information and its public release—just secrets made not-secret. As the journalist Jochen Bittner wrote last year, “One element of Assange-think has been clear from early on: There is no such thing as a legitimate secret. The public is entitled to share any knowledge governments hold.”

In practice, this idea is bullshit. Transparency is not clean. It’s murky and complicated. Every piece of information represents the culmination of dozens of choices, each made with nuanced motivations. As WikiLeaks’ vendetta against Clinton demonstrates, even pure information can be released as a particularly deceptive form of bias. For each secret disclosed, there are thousands that remain unpublicized.

Even the #MeToo movement operates within a power structure. We’ve displaced major media tycoons, but not wayward small town newspaper publishers. We’ve ousted celebrity chefs, like John Besh and Mario Batali, but we have yet to contend with abuses within the fast food industry. It’s been thrilling to watch famous, ordained men fall, and that is why it is those men who are falling. Allegations against less famous men make crappy headlines—and so, our revolution serves a narrow spectrum. We’ve yet to see whether the movement can provide retribution to people across race and class lines.

But within those condemned, we’re still very much making up the rules. Sure, there are men like Charlie Rose, who have been accused of acts that are legally criminal. Should Sam Seder lose his post for a joke made in bad taste almost a decade ago, in a time where such jokes might have seemed funny? Maybe, maybe not. What about Al Franken, who has been accused of acts that, while not criminal, are reprehensible? The “Shitty Media Man List,” a Google doc that circulated among women in the media, made us uncomfortable not only by naming names, but also by jumbling up offenses by listing men accused of sexual assault next to those guilty only of awkward lunches.

Ten years ago, when the contents of our emails, our phones, our files, and our conversations were presumed private, we had less information about how things worked. We were limited to the scope of our own experiences and the secrets that resonated within our tiny circles. For many of us, we are now seeing the world as it is for the first time—and it’s uglier than we imagined. This information is overwhelming, and in this new world, we’re lashing out against comments and behavior that used to pass.

A writer-friend told me she was finding herself nervous to write. “It feels like a difficult time for ideas,” she said. The thing is, the #MeToo movement was never just about sex—it was about power, money, and equality. So it’s only a matter of time before it gains further ground, and we start questioning other things that are all right to say. There are ways to self protect. (We can stop sharing so much on Twitter.) But we know the truth. We will continue to spill our souls onto some set of digital platforms—at this point, there’s no alternative. And platforms will remain fallible. Eventually, we’ll have to adapt. We can censor, or we can regroup. We can build a world that needs fewer secrets. Maybe that looks like progress. Maybe that’s a good thing.