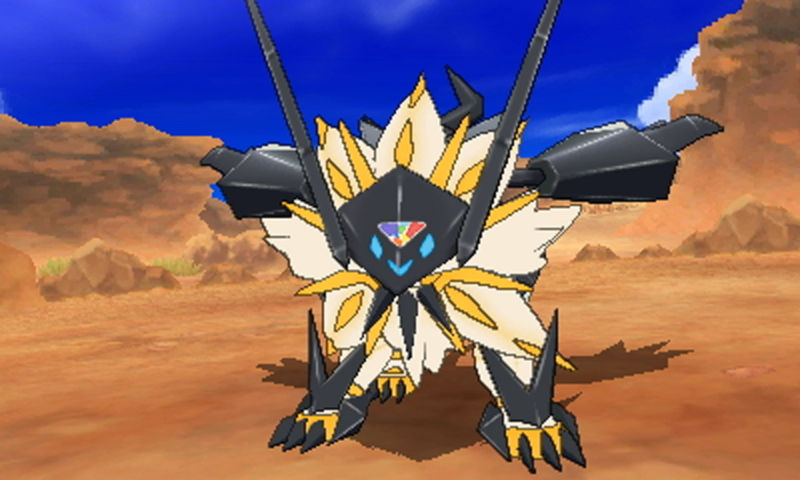 The 3DS ought to be winding down by now. The Switch is far from a complete failure, at least for the time being, and Nintendo has already begun to push its biggest and brightest franchises onto the new hardware. Pokémon, the international catch-and-battle craze that solely justified my owning three different Game Boys as a child, isn’t far behind (especially if you count spinoffs ).

That’s why Pokémon Ultra Sun and Pokémon Ultra Moon feel so odd. The series is no stranger to remakes, but these new ones come just one year after vanilla Sun and Moon graced the same hardware, not the more standard two, or three, or even 10 years apart. That’s not to mention that Nintendo has a perfectly good, new game system without any traditional Pokémon games that could have hosted a remake. You’d think Ultra would be a better fit because not only is its new content new, but its old content is new as well.

And make no mistake: Ultra Sun and Ultra Moon are one-year-old games with some new stuff thrown in. They have a whole heaping helping of new stuff, to be fair, but, foundationally, the games are the same as their predecessors. You start as a child newly moved to the islands of Alola, Pokémon’s equivalent of Hawaii, and set off on an adventure to best each landmass’ Pokémon-centric trials. These replace Gym battles from the last two-plus decades’ worth of Pokémon games and shake things up considerably but not so much that fans won’t recognize the trials for what they are.

Playing with the pieces

What really set Sun and Moon apart from the rest of the series was their charm. Pokémon has gotten progressively weirder over the years (just ask anyone who saw the latest movie), but Sun and Moon lean into that goofiness tenfold. The Team Rocket stand-in is a gang of lovably useless hip-hop poseurs. Dugtrios have Fabio hair, and Persian has a Garfield face. Then there’s this whole invasion by inter-dimensional monsters and an evil mom. Since the Pokémon games have become so predictable over the years, these breaks with convention (and any shred of self-seriousness) made Sun and Moon stand out.

Ultra Sun and Ultra Moon double down on both the charm and the weirdness from the jump. Anyone who played the previous games will notice immediate differences, like a mysterious alien duo called the Ultra Recon Squad following you throughout the games. These two offer Ultra‘s more out-of-left-field plot points earlier than in the previous versions. That gives the heavily sci-fi story time to breathe and lends weight to moments like when I traveled to another dimension myself .

Other additions are less obvious but tie the games’ existing fan service into meaningful mechanics. Characters like Samson Oak, cousin of Red and Blue‘s Professor Oak, show up sooner and have more to do throughout the story, for example. Then there’s the photography system, which has been blown out with a photo-booth mode. It still hearkens back to fan favorite Pokémon Snap , but the mode now makes modeling your character in island-specific outfits that much more fun.

Speaking of playing dress-up, the Ultra incarnations are chock full of similarly pacifist diversions. Poké Pelago, Festival Plaza, and Pokémon Refresh all return to distract you with light town management and Nintendogs-style pocket-monster care. They also draw attention to where the Ultras could still be improved.

In 2017, Pokémon feels painstakingly slow. That’s partly thanks to the very same dedication to fan service the two Ultra games use to their advantage. Experience, for example, is still only shared between multiple Pokémon in your party after earning the “Exp. Share” item. Mounted and fast travel similarly don’t unlock until you’re several hours into the main story. Vital tools like these have always been doled out in scripted, plot-justified events, going all the way back to the earliest Pokemon games. But at this point it feels like tradition is all that keeps them from being available at the start.

To their credit, Ultra Sun and Ultra Moon roll these vital tools out sooner than most games in the series. But they already ask you to go through the same motions Pokémon has leaned on for 20 years: picking one of three starting creatures, stomping on Rattata, and dueling a string of element-themed bosses. Now you also have to use the 3DS touch screen to manually scrape mud and poison off your partners, spend time manually harvesting beans at your Poké Pelago farm, and watch the same unskippable Z-Move animations countless times as if Final Fantasy VII ‘s summons are the height of animation design.

I was sick of it all by hour 10, but just as gradually… it grew on me. By hour 15, the noncombat activities felt as integral as the turn-based combat. Most of the “busywork” comes with painfully cute animations, sound effects, and lines of dialog that are a joy to discover, and at least one new Z-Move really is worth watching every time .

Coupled with Sun and Moon‘s generally gentle themes of teamwork and friendly rivalry, the “busywork” ends up feeling like the point as much as in Animal Crossing or Nintendogs. Your island-hopping adventure isn’t about saving the world (at first). It’s about forging bonds with colorful animals! The critters on Team Skull aren’t really out to hurt anyone; they’re just a bunch of goofballs that, ultimately, care about each other more than their “evil” escapades.

But 15 hours is still a steep hill to climb to reach the less grind-y meat of the game. That hill is made all the more arduous to scale because I already saw the broad strokes less than a year ago in standard Pokémon Sun and Pokémon Moon. For as fun as it is to aimlessly poke at the world—to discover a cop is actually a shapeshifted Ditto or listen to a cubical caterpillar squeal in joy because I patted its head just right—it’s a stiff investment to make twice in a span of 12 months (assuming you didn’t skip last year’s Sun and Moon ).

The remixed story and expanded cast do liven things up for returning players, too. The added sci-fi plot threads are just enticing enough to carry the remake through to the meat of the new content, which manifests in the extreme late-game. That’s when you wrestle with the nature of Ultra‘s Team Rainbow Rocket faction—a conglomeration of every villain in the series thus far, from Giovanni to Lysandre—and really dive into the inter-dimensional travel angle. It’s odd to say I’m worried about spoiling a Pokémon game, but Ultra Sun and Ultra Moon warrant it.

And that’s what I continue to love about these seventh-generation games, even on this second spin around Alola. They’re so often gently, pleasantly, laughably surprising. Those pleasant surprises date back to before the games were even out, when I was just chuckling over the idea of a depressed goblin in a dime store Pikachu costume being canon. Ultra Sun and Ultra Moon have even more of those moments, just wrapped in a not-very-surprising structure.

The novelty of classic Pokémon on a TV, through the Switch, might have distracted from the repetition one year later. If nothing else, it might have smoothed over the graphical slowdown present in some of the bigger battles (which are present even on the more-powerful “New” 3DS XL). But the Ultra games still justify themselves with a mountain of fan service that feels appropriate for Pokémon ‘s presumed swan song on the 3DS hardware.

Verdict: Anyone who skipped Sun and Moon has no excuse not to buy their Ultra successors. Returning players should know they’re in for a slow start but should consider buying the new games anyway.