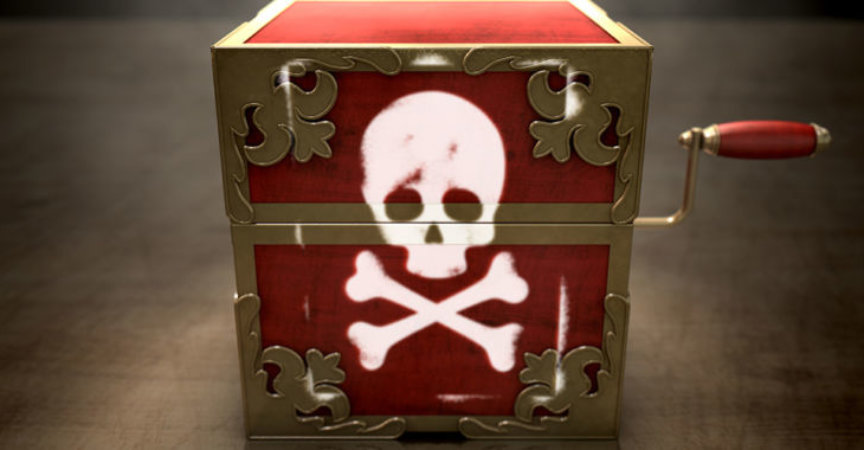 It’s been a rough holiday season for video game loot boxes. The increasingly common in-game microtransactions (usually just a few dollars each) offer a small chance at ultra-rare upgrades, cosmetic tweaks, and a much larger chance at being packed with common junk. Games like Forza Motorsport 7, Need for Speed Payback, and, of course, Star Wars Battlefront 2 are receiving a slew of critical and user ire for the way they push randomized sets of in-game items on players.

While plenty of gamers are fed up with the practice, one gamer who happens to be a Hawaiian state legislator is trying to do something about it.

Last month, state representative Chris Lee publicly launched his effort to pass legislation regulating the sales of video games with loot boxes in Hawaii. In a press conference flanked by religious and business leaders, parents, and affected gamers, he called out “predatory practices in online gaming and the significant financial consequences they can have on families.” Battlefront 2 got specific condemnation as a “Star Wars-themed online casino” in Lee’s telling.

Rep. Lee doesn’t use the word “predatory” lightly in describing loot boxes. He says it’s an appropriate adjective for game makers who are knowingly exploiting addictive gambling mechanisms to manipulate players and increase their bottom line. “We know inside the development process for many of these games that there are clear and deliberate decisions being made to employ these kinds of mechanisms with the full knowledge of the effects they can have,” he told Ars in a recent interview. “That’s made obvious by kinds of people who have been employed, including psychologists and other sorts of experts.”

“This issue is not about regulating content or speech or anything like that,” he continued. “It’s about protecting public health when there is unquestionably a significant impact, particularly on children and youth. As elected leaders, we clearly have an obligation to prevent an industry from exploiting people.”

A gamer at heart

The first time video games came under the serious scrutiny of potential government regulators, in 1993, the elderly congresspeople worrying over the likes of Mortal Kombat and Night Trap admitted they had little direct experience playing games themselves. But Lee is part of a rising generation of lawmakers who grew up with video games as an everyday part of their life. They come at potential regulation from a different perspective.

The 36-year-old Lee says he grew up playing games like Wolfenstein 3D and SimCity , that he’s “had just about every [console] out there” in the years since, and is currently playing around with VR gaming in his limited spare time. He says there are at least “four or five” other avid gamers in the Hawaii legislature and that many lawmakers he’s worked with in other states are gamers, even if they don’t make it “publicly known.”

“It’s ironic that the gaming industry had all these customers and all these players that it created 20+ years ago that are now in positions to affect where that industry is headed today,” Lee said. “These issues I think, unlike the 1990s—when I don’t think that first-hand experience existed in politics— it’s very prominent today. When I talk to legislators in other states, there are a good number of them that get it right off the bat, and I don’t have to say a word about what I’m calling about.”

Lee, who’s represented a small corner of the island of Oahu since 2009, has so far focused on issues like gay marriage, renewable energy, and universal basic income in his legislative career, so video game regulation is a bit of a left turn. But while Lee says he’s been aware of the rising tide of loot boxes and microtransactions in the gaming business for a while now, it was a direct experience spending hundreds of dollars on Clash of Clans over a few months that helped make him aware of the impact of the problem.

“It didn’t really even really occur to me it was turning into a thing,” Lee said of his spending on the popular mobile game. “At that point, I finally realized I had to delete this, because I’ve got nothing to show for spending that money once the game is gone. It was just a bad investment. If that can happen to somebody like me, who I think is cognizant of what I’m typically doing, imagine the folks who have addictive tendencies out there or who have other issues that are far more vulnerable to the kind of loot box and gambling mechanisms out there… it’s the kind of situation that people can get caught in without ever intending to.”

Think of the children

Games like Clash of Clans , which let you buy in-game items and upgrades directly, probably wouldn’t be targeted by the legislation Lee and his colleagues are currently working on. The real target, he says, are the randomized in-game loot boxes that let players simply buy a chance to get items of varying rarities.

Lee cites medical experts and psychologists who focus on gambling to show the negative effects this kind of variable reward mechanism in games can have on people. But he’s also relying on the “hundreds” of stories he says have flooded his office since his bill was introduced. Those messages are variants of “I know I have a problem; I spent thousands of dollars on games; I know it’s bad, but I can’t help myself now.”

“If people want to spend a thousand hours grinding away to earn a new character skin, by all means have at it,” Lee said. “If they want to spend money to buy that character skin in the game, that’s great, too. It just shouldn’t be through an exploitive, targeted gambling mechanism in which the player is being encouraged to spend money to win a chance at getting something, rather than getting that thing itself.”

But there’s still some question as to whether buying loot boxes is psychologically harmful to children in the same way as other forms of gambling. “Whether this random reward structure leads to harmful purchasing/playing behavior is still up in the air, as it is so new and has yet to be investigated empirically,” Chanel Larche, a doctoral candidate at the University of Waterloo’s Gambling Research Lab, told Ars. “It is way too early speculate how players may experience these rewards, or the cognitive and behavioral consequences, be they positive or negative, that some players may undergo from purchasing loot crates.”

Because different players can value a loot boxes rewards differently, some players may not see themselves as “losing” even if they get relatively common items in exchange for their purchase, Larche suggested. “If they gain what they were hoping for, it could be a rewarding experience… If the loot-box feature was a central goal of the game that is mandatory to use for the purpose of the game, we might see a clearer need for regulation. Alas it is not that simple.”

Regardless, just as with casino gambling, Lee wants games with these kinds of randomized in-game purchases restricted to purchasers and players 21 or older. Under that age, players are “psychologically vulnerable to it; they’re said not to have the cognitive maturity at that point to make the appropriate decisions in that context,” Lee said.

For adult players, Lee said games should be required to display the odds of getting certain items from each loot box purchased, as is already required in countries like Japan, China, and Australia. “They believe there’s a chance of winning whatever is advertised, but nobody knows whether it’s one in 100, one in a million, or even just zero. You never really know… That’s a concern, because how do we know people aren’t being ripped off?”