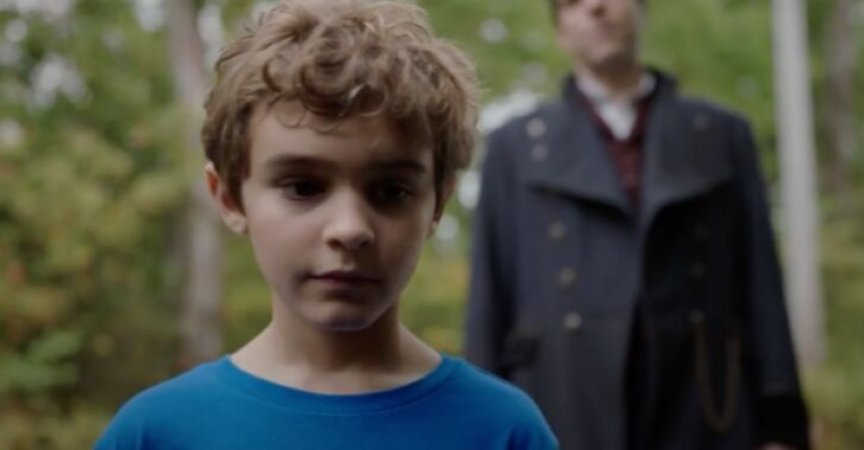 AMC’s NOS4A2 flew under the radar for many viewers last summer, struggling to compete in a crowded seasonal market for film and television. That’s too bad, because it’s a great show. In my review last year, I called it a “haunting fable” that is “as much a depiction of the potentially destructive nature of artistic gifts as it is about the tragedy of dreams deferred —just all draped in supernatural trappings.” The first trailer for S2 has dropped in the middle of a global pandemic, and with less competition, hopefully more people will discover this gem.

(Some spoilers for book and S1 below.)

The series is an adaptation of the 2013 award-winning horror novel of the same name by Joe Hill . It’s about a woman named Vic McQueen with a gift for finding lost things. She’s one of a rare group of people known as “strong creatives,” capable of tearing through the fabric that separates the physical world from the world of thought and imagination (their personal “inscapes”) with the help of a talisman-like object dubbed a “knife.” For Vic, her knife is her motorcycle (a bicycle when she’s younger); for a troubled young woman named Maggie, it’s a bag of Scrabble tiles. And for psychic “vampire”/child abductor Charlie Manx, it’s a 1938 Rolls-Royce Wraith.

But there’s a cost to using their creative gifts: Maggie stutters, Vic’s eye weeps blood, and Manx? Well, he wields his power at the cost of his soul. In order to maintain his youthful appearance, he must “feed” off the souls of the kidnapped children, transforming them into little monsters and trapping what’s left of them in a dimension in his imagination called Christmasland. The novel moves back and forth between multiple time periods: Vic as a young girl in 1986, Vic as a rebellious teenager in 1996, and an older Vic with a son in 2008 and 2012. Naturally Manx eventually targets her son, and Vic must defeat him once and for all to save the boy—at great personal cost.

Showrunner Jami O’Brien’s adaptation divides the timelines in Hill’s sprawling novel so that the first season focused on Vic’s (Ashleigh Cummings) teen years and her first showdown with Charlie Manx (Zachary Quinto). He kept most of the key elements intact, adding in a few new characters, fleshing out backstories, and taking viewers into Manx’s Christmasland inscape itself for a few key scenes. (In the book, we don’t visit Christmasland until the climactic showdown between Vic and Manx.)

The other half of Hill’s novel follows Vic as an adult, now married to a garage owner named Lou Carmody with a son of her own, named Bruce Wayne (yes really—Lou is a big superhero fan). She thinks she is free of Manx after setting fire to his “knife,” the Wraith, and landing him in the ICU in a coma, weakening by the day. But her peaceful existence is interrupted by a series of creepy phone calls from the children of Christmasland, warning her of Manx’s imminent return. Unbeknownst to Vic, the Wraith has been restored by an unsuspecting mechanic, reviving Manx, who breaks out of the hospital and is soon up to his old child-snatching ways. And this time his sights are set on Vic’s son—his revenge for Vic nearly killing him all those years ago.

S2 looks like it will once again keep the key elements of Hill’s novel largely intact, although there are bound to be a few tweaks based, in part, on how O’Brien adapted the first season. Jahkara Smith returns as Maggie, still clinging to those prophetic Scrabble tiles, and judging from the S2 episode titles, we will also be seeing more of Vic’s alcoholic, wife-beating father, Chris McQueen (Ebon Moss-Bachrach). We only saw Lou Carmody (Jonathan Langdon) briefly in the S1 finale, but as Vic’s S2 husband, he’s been upped to series regular, along with Ashley Romans as FBI psychologist Tabitha Hutter.

As the trailer opens, we see Vic hard at work painting cool designs in Lou’s garage, with glimpses of Lou and Wade. Cut to a mangled Manx on a respirator in the ICU.  Then the creepy phone calls start and Vic starts chugging down the booze, with a glimpse of Maggie having a seizure in response (one assumes) to her latest troubling vision. Manx escapes and finds a new victim to help restore him to youth and vigor (“Are you ready for the ride of your life?”), as Vic vows to kill him once and for all this time.

Things are definitely going to get violent—Vic gets knocked out at one point, and Manx has a new accomplice who takes on the over-sized Lou. And we get a glimpse of Manx’s daughter Millie (Mattea Conforti), leader of all the demon kids in Christmasland and a big fan of playing the deadly game of “Scissors for the Drifter.” I’d say it’s pretty much certain that the final confrontation between Vic and Manx will take place in Christmasland (as it does in the novel). “You can’t have Wayne,” we see a determined Vic declare at the trailer’s end. “I will stop you even if it kills me.” It just might.