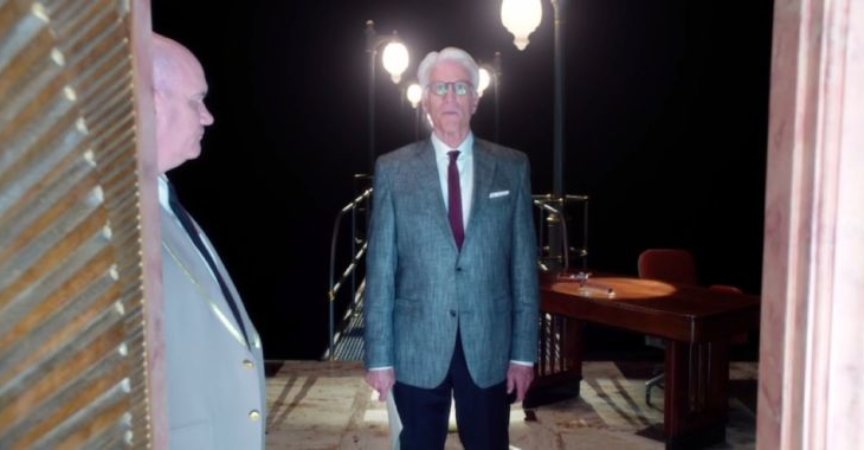 There are still two weeks until NBC’s hit sitcom The Good Place returns for its third season. But Entertainment Weeklysnagged a sneak peek at the first scene of the premier episode. And we’re pleased to report that the show’s trademark razor-sharp witty dialogue, bad puns, and keen eye (and deep love) for the absurdities of the human condition are very much intact.

(Spoilers for first two seasons below)

The Good Place has always kept us guessing, from the pilot episode where Eleanor (Kristen Bell) realizes she’s been admitted to paradise by mistake, to that shocking twist in the Season 1 finale that turned the original premise on its head.

Amid the usual hilarious hijinks—can we ever forget Michael’s (Ted Danson) brilliant-but-bloody simulation of the Trolley Problem?—Season 2 dug deep into the question of whether it is possible for a damned soul to become a better person after death, via the study of moral philosophy. And it ended with another radical reset: Michael convinces Judge Jen (Maya Rudolph), who presides over all disputes relating to one’s eternal fate, to give Eleanor, Chidi (William Jackson Harper), Tahani (Jameela Jamil), and Jason (Manny Jacinto) one more chance to become better people on Earth.

In the season 2 finale, back on Earth (maybe), we saw Eleanor narrowly escape death by semi truck when a mysterious stranger pushes her out of the way of an incoming train of renegade shopping carts. And she did try to become a better person on her own, for a while. But it was hard work with little reward, and she soon gave up. That’s when Michael broke the Judge’s rules and intervened, planting a seed that sent Eleanor in search of Chidi to learn more about “what we owe each other.”

In the sneak peek below, Michael greets the Doorman (Mike O’Malley), who presides over the bridge between the afterlife and Earth. He has the Judge’s paperwork granting permission for this brazen new experiment, even though it could cause some “troublesome ripple effects,” given that we’re setting up an alternate timeline.

This is Danson at his lovable best: he’s a demon who loves humans, after all, and he’s jubilant at the prospect of riding an actual bus to get around, perhaps in a side-facing seat (“I’m gonna get so motion sick!”). Once he goes through the door, we see him save not just Eleanor, but Tahini, Chidi, and Jason from their original untimely deaths before returning to the bridge. The highlight of his first trip to Earth: a Pizza Hut and a Taco Bell in one place : “The mind reels!”

What we don’t see: Michael sneaking back to Earth as a bartender to give Eleanor that timely pep talk. We don’t know how he did it or what the repercussions might be. Perhaps that magic key on a frog keychain, made of the very first atoms in the Universe’s existence, will play a role. Showrunner Mike Schur has already admitted to Entertainment Weekly that it “does become important at a certain moment.” We’ll have to wait for the season premiere on September 27 to learn more, but our hopes are high that The Good Place can pull off yet another high-wire act to keep us on our forking toes.