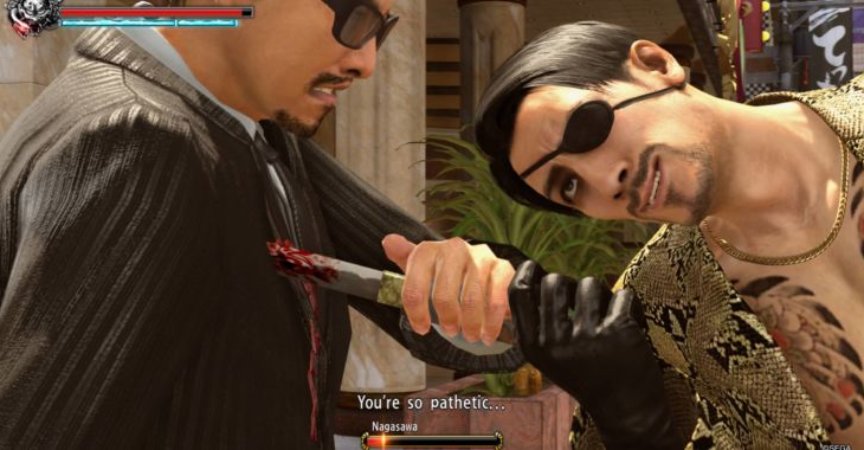 Review: Yakuza Kiwami 2 gets cleaned up for PS4

Yakuza 2 is a slightly strange chapter in Sega’s charming crime drama series. It doesn’t quite capture the accidental magic of the first game or the blend of soap-opera drama and zany side quests that were perfected when Yakuza went HD with its third chapter.

It drags series lead Kazuma Kiryu—the lovable, titular criminal—into a more straightforward action-movie plot. There’s a car chase, ticking time bombs, a lady love interest (the only one in the series), and enough revenge schemes to fuel a whole season of television.

But now Yakuza Kiwami 2’s slightly forgettable bombast has been cleaned up for the PlayStation 4. And it cleans up pretty well! Like the previous Kiwami, this is a full-on remake of the PS2 original. This time, it’s all running in Yakuza 6’s Dragon Engine—bringing with it the graphical bells and mechanical whistles of that most recent release. Combat is more physics-driven than most other games in the series, and the progression system forces you to engage with Kiwami 2’s fictional cities of Sotenbori and Kamurocho more than usual in order to level up. Oh, and it can get really hard.

That’s a problem that, for me at least, seems unique to the Kiwami remakes. Maybe it’s because the remakes are translating much older theories of boss design than the more modern Yakuza 6 and Yakuza 0. Maybe it’s a way to drag out what was otherwise the least-dense entry in the series. Whatever the case, Kiwami 2 sports some sharp difficulty spikes that most of the game’s combat doesn’t prepare you for. My advice is to carry plenty of weapons.

The emotion behind those battles is as strong as ever, though. Yakuza Kiwami 2 keeps up the series’ tradition of stellar voice acting and what’s quite possibly an even better localization. Moments like when fan-favorite character Goro Majima defuses a bomb using “eenie-meenie-miney-mo” do tremendous justice to an already larger-than-life cast.

Speaking of Majima, this year’s game doesn’t feature the same “Majima Everywhere” suite of side quests found in the first Kiwami . Instead, there’s an entirely separate “Majima Saga” where you play as the Mad Dog of Shimano himself.

Unfortunately, this new offering is a bit of a let down. The side story is short and incredibly stripped down. You can’t level up Majima or engage in side quests. It’s just an hour or two of cutscenes and straightforward fights. On the other hand, it’s more Majima, which is always a good thing. The saga also ties together a few loose ends, some of which set up the events of Yakuza 2 itself.

Mostly, though, the missions serve as a sweet little coda to Majima’s campaign in Yakuza 0 . That prequel revealed Majima as someone whose violent, eccentric persona is partly a means of dealing with emotional trauma. It’s nice to see that layer of the character hasn’t been papered over this deep into the series.

And that’s really what you should be here for: the characters. Kiwami 2’s explosive action doesn’t completely overshadow the delightful heart of the franchise. Kiryu is still perhaps the most likable leading man in video games. He wears his unconditional respect for nearly every kind of person he meets on his sleeve: be they men or women, criminals or bystanders, sex workers or members of the general queer community.

If you’re in trouble, he’ll try to help you (probably with his fists). If you screw up, he’ll tell you how to fix it (also with his fists, probably). I’ve written about the protagonist’s magnetic, near-perfect expression of healthy masculinity overandover at this point. If you appreciated it in other Yakuza games, you won’t be disappointed.

Kiwami 2 even handles its transgender side characters—typically a weak point in the franchise’s spectrum of representation—with a lot more respect than previous entries. But the game is not perfect. The biggest subplot involving a transgender woman reveals her deadname to make absolutely sure you know she’s trans. But the meat of the story is a huge step up from the purely “comedic” caricatures in past games.

That’s just one of Kiwami 2 ’s bigger “substories.” These usually madcap events offer much-needed breaks between the main story’s wrought tale of a yakuza civil war. Sometimes they’re fairly serious (like the previous example), but usually they’re about Kiryu buying someone clean underwear or getting scammed by a fake ISP.

Kiwami 2’s substories feel strangely small compared to those of past games. You’ll talk to someone, then maybe a fight breaks out, or maybe they need you to buy something instead. Then it’s over. The few quest lines that are more involved sport full cutscenes and voice acting, but they’re the exception rather than the rule. This revitalized PS2 game just lacks a certain energy compared to the last two main entries—where you chased a sentient Roomba around town and helped a human statue poop in peace.

Majima Everywhere made up for a similar lack of pizzazz in Yakuza Kiwami by causing its title character to ambush Kiryu in increasingly bizarre ways. Kiwami 2’s closest thing to an equivalent is its pair of complex mini-games. The first is a real-time strategy game, pulled right out of Yakuza 6, where you defend Majima’s construction company from Japanese pro wrestlers like The Great Muta. The second is a cabaret-club management sim, pulled right out of Yakuza 0 , which remains one of the most entertaining side activities in any Yakuza game.

Despite being mechanical rehashes, both modes sport entirely new subplots. And while they lack the spontaneity that only a selection of good, meaty side quests could offer, they bundle well with the Majima Saga to flesh out a comparatively slim Yakuza game. Plus there are still plenty of bite-sized distractions in Kamurocho and Sotenbori—like arcades with fully functional Virtual-On cabinets, mahjong parlors, and… live-action gravure photography .

Yakuza 2 may be inessential, but it’s by no means an unworthy entry in the beloved franchise. The Kiwami treatment has only improved the original with a tremendous graphical overhaul and brand-new content in the margins. It’s not a tightly self-contained finale, like Yakuza 6, or a sprawling entry point to the franchise, like Yakuza 0 . But it has much of the charm, drama, and heart that makes those high points so endearing. And there has never been a better time to experience this particular middle chapter.

Verdict: Even a remake of perhaps the weakest Yakuza game in the series is hands-down a fantastic trip worth taking. Only skip it if you haven’t finished Yakuza 0 and Kiwami yet.