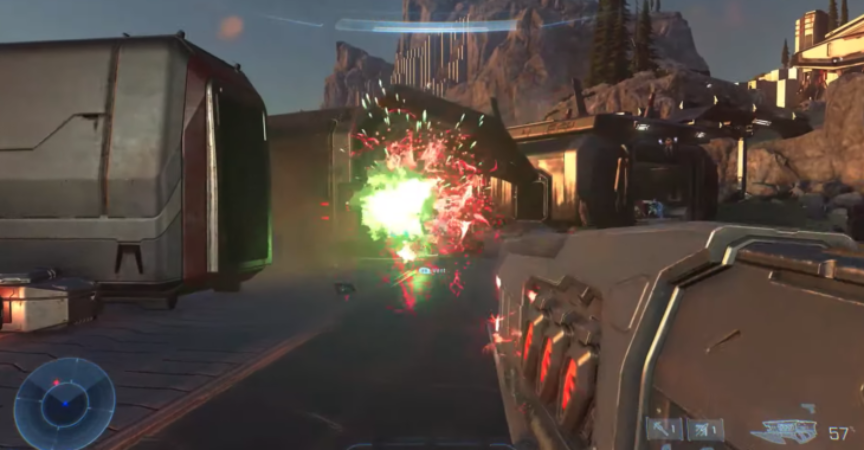 Update, 5:02pm ET: Since our story went live this morning, Microsoft has confirmed the below leak as authentic. Halo Infinite will indeed include the series’ first free-to-play multiplayer content on a console when it launches later this year. Microsoft forwarded a link to its announcement in its response to our questions. The company has yet to clarify whether related rumors about the Xbox Live Gold service are impacted.

Halo Infinite may offer free access to its multiplayer modes, if some now-removed text from an online store listing out of the UK is to be believed.

The pre-registration page for Xbox Series X pre-orders at British retailer Smyths Toys included a section on Halo Infinite that, as of earlier this morning, mentioned the game will include “a groundbreaking free-to-play multiplayer experience,” as well as “up to 120 fps” frame rates. That section has been removed from the current version of the page in recent hours but can still be seen in the latest Google Cache (and this Internet Archive snapshot ).

A free-to-play multiplayer mode would be a big departure for the Halo games (and for all Xbox titles), which have required a paid Xbox Live subscription for online play since the days of the original Xbox. The wording could also suggest that the multiplayer portion could be an entirely separate free-to-play app akin to Activision’s recent Call of Duty: Warzone .

While a single, brief retail listing is far from confirmation (and Microsoft has yet to respond to our request for comment), the listing comes weeks after Windows Central suggested a similar free-to-play possibility for the game’s multiplayer modes, based on “unconfirmed rumors that sources close to Windows Central have disclosed.” Developer 343 Industries also recently described Halo Infinite as “the start of our platform for the future” rather than a continuation of “those numbered titles and having all that segmentation that we had before,” perhaps suggesting a willingness to shake up the status quo for the series’ multiplayer mode.

Apart from Halo, Microsoft recently removed the one-year Xbox Live subscription option from its online store, leaving a three-month subscription as the maximum purchase period (though one-year subscription cards are still available from other retailers). Microsoft has also been pushing Xbox Live Gold subscribers to convert their remaining subscriptions to a Game Pass Ultimate subscription with cheap offers in recent months.

Some observers think these moves suggest Microsoft may soon get rid of Xbox Live Gold entirely in order to focus on Game Pass (and its library of hundreds of downloadable and soon-to-be streamable games) as its main subscription gaming service. If that happens, online multiplayer might finally become a free option for Xbox players, as it has been for PC gamers as a matter of course.

While Microsoft recently showed off eight minutes of Halo Infinite single-player gameplay, developer 343 Industries has said more information about multiplayer modes will be coming later in the year. If the game’s online modes are indeed going free-to-play, that’s likely when we’ll get official confirmation. In the meantime, though, 343 has denied that the delay in pre-release footage means the multiplayer modes will be delayed past the Xbox Series X launch later this year.