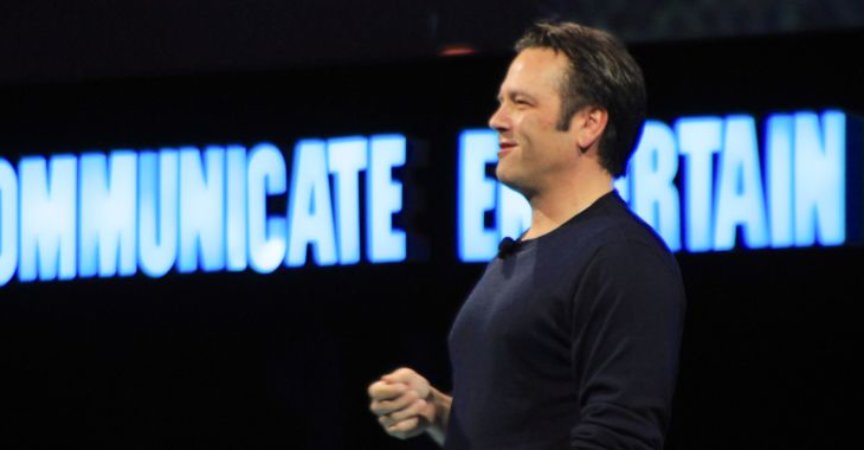 LAS VEGAS—In just over four years as head of Xbox and executive vice president of gaming at Microsoft, Phil Spencer has overseen some tough times for the gaming brand. But he says one of the most difficult lessons he has learned in that time came after a company-hosted Game Developers Conference party that featured scantily clad women dancing on podiums .

That “unequivocally wrong, unequivocally sexist, unequivocally intolerable choice” led to justifiable public backlash, Spencer recalled at a keynote speech at the DICE Summit in Las Vegas this morning, which Ars attended. But, he said, the “internal backlash at my own company was almost harsher.” Instead of sidestepping responsibility, Spencer said he “absorbed the hit” as a leader and used it as an opportunity to “bet on what we stood for… we don’t tolerate any employee or partner that enables or offends others… we stand for inclusivity.”

This sort of internal cultural transformation has been a deliberate focus for Microsoft since Satya Nadella became the company’s third-ever CEO roughly four years ago, Spencer said. That company-wide “reboot” was especially necessary in the Xbox group, which Spencer admits was in a “world of pain” since “we hadn’t done our best work with the announce[ment] of the Xbox One. The product we built wasn’t meeting the expectations of our customers, market share was taking a nosedive, and it was painful to read all the headlines.”

Worse than that, though, Spencer said the Xbox employees thought the “management team had gone tone-deaf about what our customers were demanding from us.” Not too surprising considering the kinds of statements Xbox executives were making before Spencer’s promotion.

After fighting through these kinds of corporate culture problems, Spencer said he “personally committed to do better” in building and leading a diverse team where everyone felt trusted and welcome and in building a corporate culture that’s set up for everyone to succeed. That’s not just a nod to inclusivity for some sort of politically correct image’s sake, he said, but a reflection that “study after study after study shows teams with most representation are most creative, most innovative, and most undaunted by problems.”

Spencer gave an example of a diverse team’s benefits from Microsoft’s own Minecraft marketing. While the game’s male protagonist, Steve, was often described as an “architect, designer, or archaeologist,” the marketers usually said the female Alex “liked to build and explore.” It was a female member of the team that pointed out the “subtle but powerful gender distinction” in these kinds of descriptions and led to a more gender-equal marketing for the game.

Small adjustments—like asking quiet members of the team for their opinions and really listening rather than jumping in immediately with supposed answers—can help foster a corporate culture where all types of employees feel welcome to contribute, Spencer said. Microsoft has also focused on subtle bits of workplace culture that influence who applies for jobs and who sticks around long after they’re hired, he said.

Making “gaming for everyone”

Beyond transforming Microsoft’s corporate culture, though, Spencer said he has also focused on making the Xbox more welcoming to gamers in general. With an estimated 2 billion gamers in the world within the next three years and many newcomers coming from countries like Brazil and India, Spencer said the game industry is “going to see increasing opportunity and responsibility to make gaming for everyone.”

That can be a big problem for a lot of gaming communities these days, Spencer pointed out. He cited quotes from gamers who don’t want other players to know they’re black or female when playing online for fear of “vulgar and aggressive” reactions from other players. People harassed in this way start to avoid gaming, and, worse, “start telling others to avoid gaming,” Spencer said.

“The message of these episodes is this: ‘you’re not welcome here,'” he continued. “‘And if you stick around, be ready to deal with any disturbing behavior that comes your way.’ When toxicity is aimed at any of us, it needs to stop with all of us.”

Spencer pointed specifically to Blizzard’s renewed efforts to battle toxicity in the Overwatch community , which he said have already reduced player complaints by 20 percent. The whole industry will have to get behind similar efforts, he said, if gaming is to take its rightful place as “one of the great equalizers and unifiers for society.”

Gaming, he pointed out, is the only art form where we actually “walk in someone else’s shoes and see the world through their eyes” and where players “are on equal footing regardless of age, education, socio-economics, race, religion, politics, gender, orientation, ethnicity, nationality, or ability.” That makes games unique in being able to “bring people together” and create empathy between different cultures, he said, if game creators build worlds with that goal in mind.

“Our reach and impact can be so much greater, if we’re ready,” he said. “Together, we can make gaming a reflection of the world we don’t just want to see, but that we want it to be… The pen might be mightier than the sword, but today, I believe the pixel is mightier than the pen.”