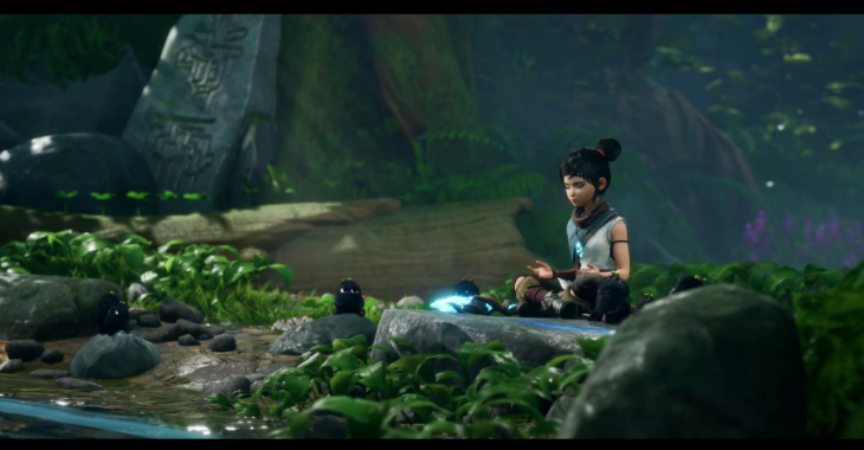 Kena: Bridge of Spirits hands-on premiere: As good as “Legend of Pikmin” sounds

Until I played Kena: Bridge of Spirits this week, I wondered why I would carve time out of my gaming schedule to play yet another third-person adventure game. Sure, the game looked cute, but who the heck is this new studio, Ember Lab? And why should I assume this upstart has anything to add to a crowded genre beyond a stylish mystical-forest aesthetic?

I was invited to test the new game, slated to launch August 24 on PC, PS5, and PS4, as part of its inclusion in this week’s first-ever Tribeca Games Festival. The title is a serious coup for the fest (especially in a month full of online game reveal “events”). My hands-on hour with the game’s opening quests suggests that Ember Labs may indeed deliver on its promise of presenting a refreshing Zelda-like adventure with a tasteful sprinkling of Pikmin ‘s minion-control systems.

Rot the night away

The below gallery shows a few ways the Rot contribute to Kena’s powers. Like in the Pikmin series, they can become helpful lifters and pullers, but they can also turn into temporary forms, like a snake-slug that you can maneuver with one joystick while moving Kena with the other. When in this form, the Rot can destroy poisonous barriers or open up paths until their snake-slug timer runs out. And when you rack up enough damage, you earn a charge—represented by golden orbs in the game’s UI—that allows you to use Rot-specific abilities. Stun a foe, super-charge your staff for extra damage and reach, activate a one-time healing beacon, and more—and with limited golden orbs, you’ll have to make tough spur-of-the-moment decisions in how you allocate your blobby pals.

Plus, yes, they get individual hats.

Ember Labs has pulled off a pretty impressive transition from CGI-animation studio to fully fledged console game-maker. Its founders, brothers Josh and Mike Grier, confirmed in an interview with Ars that they had to fight their instincts as an animation-first production house to serve the game’s mix of melee, ranged, and magical combat. “That was our battle the first couple of months [of production] ,” Josh Grier said. “We had all these key frames [of animation] , and then we found the balance. The rule was “it’s going to be snappy, so the key frames have to move quickly.” That’s where the stylized look helps. We can squish and stretch Kena on a dime, and it doesn’t look or feel weird.”

As a result, Kena can cancel and transition between moves mostly seamlessly. You’ll have to wait for a “heavy” attack animation to play out if you whiff, and the combat has nothing close to the deep combo system of Devil May Cry. But the game feels very satisfying, especially when you nail the timing for “parry” blocks or slow down time to line up a precise bow-and-arrow strike. Meanwhile, the game’s mix of chunky sound design and particle-swirling magical attacks add considerable weight to Kena’s successful staff strikes against the game’s corrupt-tree monsters.

The above galleries don’t necessarily sell the full aesthetic package. For one, they don’t show how delightfully the Rot tag along and run ahead of your path to sit on nearby rocks as a cute and organic way to make clear that you’re on the right path to something . As this is a “wide linear” game, you’ll usually find some tucked-away side trails to explore for upgrades and bonuses while otherwise barreling ahead, though you also have access to a central hub world and warp gates for the sake of returning to past zones once you unlock new powers. In one example of the game’s Metroidvania stylings, I unlocked a bow halfway through my demo, which, among other things, lets Kena shoot at distant, magical flowers and turn them into grappling hooks to access new zones.

The other aesthetic touch missing from the above gallery is the woodwind-heavy soundtrack, complete with dynamic rise-and-fall reactions to increasing dangers as battles ignite. Ember Labs was kind enough to send me some OST cuts after the demo concluded, and they’ve served as pleasant background music for writing up my impressions.

I was told my hour-long demo represented “one-third of one-third of the game,” which suggests there are ten hours of adventuring across three discrete zones, along with some massive boss battles yet to be revealed. Given my lowering tolerance for lengthy games, that sounds pretty good—though I wonder whether the full game will ultimately line up with its $40 price point. We’re getting a tightly constructed adventure game with memorable, beautiful zones and a brief runtime, along with a Pikmin -like twist that hopefully won’t get too cute or gimmicky and thus wear out its welcome. (I’m optimistic on that latter point, as the Grier brothers confirmed that they scaled back their original plans for Rot-like twists when they got in the way of accessible fun.)

Obviously, we’re in the hype cycle of not-quite-E3, so promising reveals and teaser trailers are the order of the day, but I left my 60 minutes with Kena: Bridge of Spirits enchanted and eager to return. Its mix of unique and familiar reminded me of Beyond Good & Evil—a game from a devoted team bringing their passion and fandom to the Zelda-like genre and delivering something that instantly grabbed me. We’ll definitely have more on this game when it launches in August on PC and PlayStation consoles.