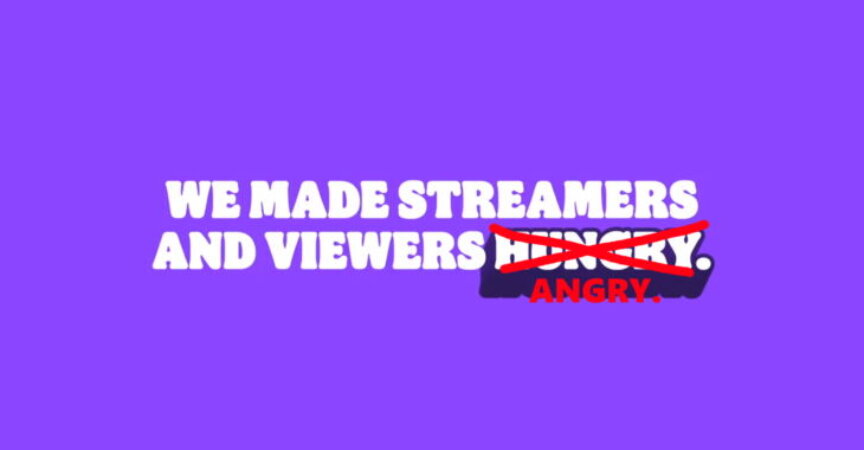 How do you do, fellow gamers?—Burger King exploits Twitch for cheap ads

Earlier this week, an advertising agency emerged with a video bragging about an ad-campaign concept : We’ll invade gaming-filled Twitch chat rooms and post ads for your brand for cheap. The attached video was exactly the kind of cringe you might expect from “brand engages with video game culture,” with edgy yet inoffensive quotes, footage of fake games, and digitally altered voices.

But what looked like a fake ad concept has turned out to be very real—and after examining how Twitch works, the whole thing looks like a possible FTC violation.

The ad campaign, run by the Ogilvy agency on behalf of Burger King, relied on a common Twitch trope of donating to game-streaming hosts. “Affiliate” Twitch users are eligible to receive cash from viewers, either in the form of flat-rate subscriptions or variable one-time donations, and hosts often encourage this by adding text-to-voice automation to the process. So if you pay a certain amount, a voice will read your statement out loud—and hosts usually retroactively react to weird and offensive statements made by these systems instead of pre-screening them. (They’re busy playing a game, after all.)

Ogilvy’s promotion revolved around the low cost of entry for these text-to-voice prompts. Their ads, written to promote a fast-food chain, were attached to specific dollar amounts. One example, as explained by Twitch streamer Ross “RubberNinja” O’Donovan (not to be confused with that other Ninja), went as follows : “I just donated $5 to tell you that you can spend $5 and get [a combined meal on our app] . It seems like a twisted strategy.” O’Donovan went on to post his disdain for American fast food and compared it to what he ate when he lived in Australia, which prompted Ogilvy’s “THE_KING_OF_STREAM” account to donate another $5 and make a joke about Australian food.

Ogilvy had described the ad campaign as run by a “bot,” implying automation, but O’Donovan’s example implies some form of human control and curation in terms of reacting to Twitch host pushback.

In a Thursday report, Kotaku’s Nathan Grayson went sniffing around to discover many other examples of Ogilvy’s ads playing out on real Twitch channels over the course of the week—and the Kotaku report quoted pretty much all of those hosts decrying this practice. “I assumed it was some viewer shitposting, so I didn’t stop them,” O’Donovan told Kotaku about his immediate reaction at the time. “Viewers using my streams to advertise is against the rules.”

Many streamers pointed out that ad agreements are a crucial part of their income, whether because they’re agreeing to video ads on their channel or other forms of consideration (banner ads, product placement, event collaboration). “I really despise when companies take advantage of my live content in order to push their ads without clearing it with me first or offering what I should be paid for the marketing, which is more than $5 I’m pretty sure,” streamer Anne Munition posted on Twitter .

More crucially for Ogilvy and Burger King, however, is the matter of how those ads appeared: as sneaky “fan” declarations in chat rooms. Though the campaign was largely run by the aforementioned “THE_KING_OF_STREAM” account and appeared as such in Twitch chat rooms, it wasn’t in any way represented by Twitch as a sponsor’s account, nor were the posts labeled as “#ad” or other clear markings. As O’Donovan and other streamers have made clear, that kind of transparency would have gotten such chat statements instantly deleted or modded for violating individual channel rules.

While the Federal Trade Commission (FTC) has clear guidance about “deceptive” online advertising, and it demands that channel hosts comply with FTC guidance to make sure sponsored statements are easily identified, Ogilvy may have slipped through the FTC’s current guidance cracks. The question is whether the FTC would define a fan account typing in a Twitch streamer’s chat room as an “influencer.” If so, the lack of any clear marking about these $5 donations as ads would certainly run afoul of its 2019 influencer guidelines . (According to official FTC language, such scrutiny jumps through the roof on a gaming-specific site: “Advertising directed to children raises special issues,” the agency says.)

When asked about any potential action, FTC Office of Public Affairs spokesperson Jay Mayfield declined to comment to Ars Technica: “The FTC does not comment on the actions of particular companies other than in the context of a law enforcement action,” he wrote via email.

A Twitch spokesperson did not immediately respond to Ars Technica’s questions, but the company forwarded a statement it has been sharing with press: “We are always looking for opportunities to create innovative campaigns with leading brands. While we welcome creativity, we were not involved with this Burger King promotion. Our community is our priority, and we work to ensure our streamers come first with any brand we partner with.”