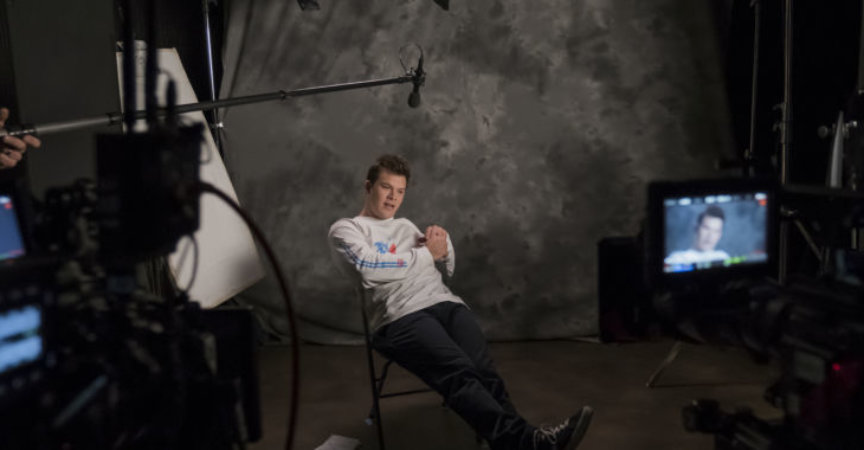 AUSTIN, Texas—Among the reasons Netflix’s American Vandal worked: dedication, not just to the bit but to the DNA. The creative team had an obsession with true crime documentaries, obviously. But they didn’t set out to make an homage, showrunner Dan Lagana and co-creators Dan Perrault and Tony Yacenda told Ars at this summer’s ATX TV Festival. Instead, they wanted to approach their fictional, scripted high school drama the exact same way Sarah Koenig (Serial) or Andrew Jarecki (The Jinx ) would—like they were creating the most important documentary in the world.

“We didn’t want to do a parody. We love that stuff,” Yacenda later told the crowd during the show’s panel. “Sarah Koenig is a genius, what she did bringing us in as an unreliable narrator told a story in a way journalists wouldn’t before. We thought maybe we can do this for fictional narrative… if we use the tools our favorite documentarians use to get the audience to care, could we get people to care about dicks?”

The answer in retrospect is clearer than whether or not Adnan did it. American Vandal may look like a joke-y investigation of some juvenile high school prank at first glance, but over the course of its eight-episode first season, the show revealed layer upon layer of sharp social commentary. It dealt with the justice system, social media’s impact on our perceptions of others, and the complications of attention and crowdsourcing in reporting just as much as the show depicted the unbelievable hubris of a teen male. The surprise hit landed on “best of TV” lists everywhere at the end of 2017 (Ars included), and the team even snagged a prestigious Peabody Award this spring.

And while the story itself deserves much of the credit, talking with Yacenda, Perrault, and Lagana reveals that their approach to the show’s tech and production may have been just as clever.

The first rule of documentary filmmaking may be to simply always have the camera running. You need stuff—action footage of your subject, spontaneous happenings buried in b-roll, and lots and lots of interviews. The Vandal team knew this well; Perrault and Yacenda previously made many documentary shorts, including a series of faux-30 for 30s on things like Space Jam and Rocky IV.

Given that Vandal set out to be a series from the start, the amount of content recorded this time around sounds staggering. Perrault took upwards of 9,000 images in a day or two in case the team needed an impromptu iPhone still later on (and the Vandal team definitely used iPhones; production enlisted roughly 30 of them). Yacenda would have actors improv before ever shooting a scripted take in order to have more “real” footage in the can; he shot individual unscripted doc-style interviews with actors in character, too. The team even recorded extra voice-over tracks after filming everything else to increase the flexibility for everyone in the editing suites.

Yaceda, Perrault, and Lagana also made the decision to let Tyler Alvarez (the actor starring as A/V club whiz Peter Maldonado) conduct his own reporting and documenting throughout production. The team says the young actor got good at it quickly, writing out questions to grill his peers and pursuing his own theories with the tenacity of a young journalist trying to prove himself. They needed to tell him to dumb down the inquiries at times so as to not ruin the story. “He could absolutely run a three-hour interview with Alex Trimboli,” Perrault says.

The Vandal team’s documentary ethos naturally extends off-script, too. They hired a director of photography who previously worked on Netflix’s Amanda Knox documentary and Chef’s Table. They snagged editors who previously cut for Michael Moore. Production values soared so sky high at some points that they even had to be reined in occasionally. (The show does, after all, focus on a documentary made by high schoolers.)

“It was a producer’s dream,” executive producer Joe Farrell said during the show’s ATX TV Festival panel. “Someone would come say, ‘Hey, we probably didn’t get that shot.’ Well, they’re 17, they probably wouldn’t have gotten it anyway.”

American Vandal ‘s technical abilities didn’t only manifest off-camera, of course. One of the show’s most charming elements was its ability to take the familiar crime documentary tropes—courtroom footage, digital scene recreations, direct evidence visuals, etc.—and translate them into high school use. The team spent loads of time hanging with, observing, and interviewing genuine high schoolers to get this just right… and they built one of the best and most insightful high school life depictions (as told through a crime documentary lens).

“We watch a lot of true crime, so we’d take all the elements from paper trails to signed confessions and ask, what’s the high school version of this?” Perrault tells Ars. “The obvious answer to that is kids’ social media. Instead of court docs or confessions from the Averys, it’s Facebook comments as to whether you drank 11 beers or not.”

The ubiquity of phones being used in production helped to this end, but the Vandal team would run into instances when major social media platforms wouldn’t agree to having their likeness appear (because maybe Instagram, for instance, wouldn’t want to be viewed as the platform of high school keggers). So the team thought through informal rules for social media shooting—what prompted a character to pull out their phone? Why would they save something to a camera roll versus sharing on snapchat?—and then relied on their VFX guru, Peter Poot , to take those raw images and make them indistinguishable from the social media we all consume daily.

“[Fake social] would shatter the whole illusion. If legal says we can’t use that, well we’ll blur it,” Yacenda recalls. “We can’t make something that doesn’t exist. Our audience is so media literate that even if the font is slightly off, it could take you out. ‘No, that’s not what Snapchat looks like.’”

Combining all these production threads likely brought about the technical culmination of Vandal’s first season: episode 5, which is called “Premature Theories” but better known for a sequence called Nana’s party. Inspired by someone in the writer’s room who actually threw a party at their Nana’s place in Framingham, Massachusetts, back in 1999 , Perrault says, the sequence blended the team’s genuine documentary-making blueprint, deep knowledge of teens and their social media habits, and savvy (and adept) filmmaking techniques. For viewers, it’s a (deeply, deeply funny) flurry of post-event interviews, social media glimpses from all angles, and digital scene recreations you won’t forget any time soon.

“Nana’s party took so much time,” Yacenda recalls. “Post took so long, graphics took so long. Our sound team did a great job—we had to come in and couldn’t just get standard party walla. We needed people talking at various points of the party so viewers can hear it just enough. So getting all those layers perfectly, that was one of the more labor-intensive sequences from a technical perspective.”

Evidently, there are many, many more of these hyper-detailed flourishes awaiting anyone ready to dive into season one, whether it’s for the first time or for a rewatch while anxiously waiting on season two (which has been confirmed, but details remain unannounced). “All the [social media script] is incredibly intricate,” Lagana said during the panel, responding to a question about whether some of the clever, complex in-jokes occurred by happenstance. Perrault quickly confirmed this, chuckling to himself as he encouraged those in the room to pay close attention.

“It’s one of the funner details to play with,” he interrupted. “Actually, if you pause things, you’ll even notice things laid into the background—like one of the characters might call Wingstop three times a day.”