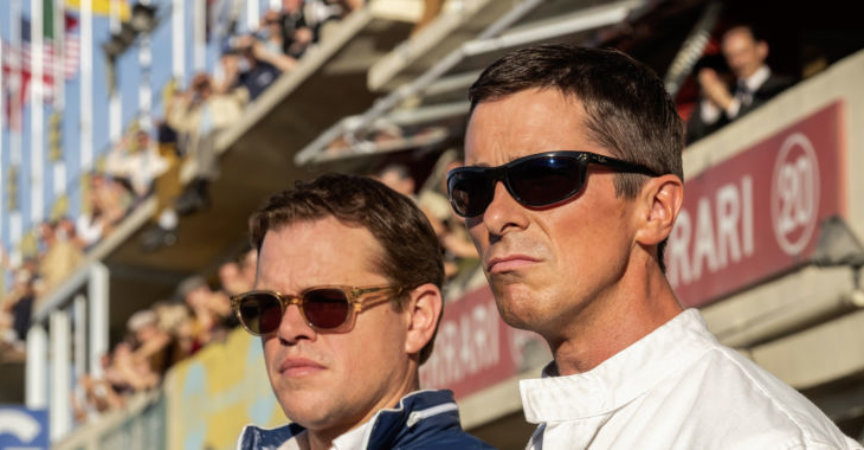 Ford v Ferrari review: A big-budget, big-screen take on racing in the 1960s

In the early 1960s, the Ford Motor Company was in need of a little pizzazz. Its then-General Manager Lee Iacocca had some ideas on how to do that. One of them was the Ford Mustang, which invented a new class of car that looked cool but was both cheap to buy and profitable to sell, thanks to heavy use of the corporate parts bin. Another was to get FoMoCo some racing glory, this being back in the days when “win on Sunday, sell on Monday” really worked. What happened next is the topic of Ford v Ferrari , the latest attempt by Hollywood to translate motorsport to the silver screen.

As the name might suggest, the film tells the story of a Detroit auto giant taking on the tiny but extremely successful Italian sports car maker at its own game. Ford tried to buy Ferrari, you see, until Enzo Ferrari pulled the plug over concerns that his potential new master could veto his eponymous race team’s participation in races like the Indianapolis 500. Incensed with having been led up the garden path, Ford president and scion Henry Ford II commissioned a full factory-backed race program with the goal of beating Enzo at his own game, specifically at marquee endurance races like the 24 Hours of Daytona, the 12 Hours of Sebring, and the most important race of the year, the 24 Hours of Le Mans . To do it, Ford would develop a purpose-built race car, one that has entered the pantheon of the greats: the GT40.

Ford vs Ferrari stars Matt Damon as Carroll Shelby and Christian Bale as Ken Miles. Shelby was a larger-than-life Texan who won Le Mans with Aston Martin in 1959 before his driving career was sidelined due to atrial fibrillation. For his next act, Shelby turned his hand to building cars, finding plenty of success when he married the lithe but underpowered AC Ace roadster with Ford V8 power, starting a relationship with the Blue Oval that carries on today . Bale takes on the role of Ken Miles, a British engineer and racing driver who relocated to California in the ’50s and raced for Shelby in the early ’60s.

The danger of knowing too much

It’s always a worry when Hollywood comes to visit a topic you know well. Historical accuracy, much like scientific accuracy , is often the first casualty of storytelling, and so it is the case here. Students of motorsport history will need to steel themselves, because there is much that Director James Mangold excised from the GT40’s story. We see little to nothing of Eric Broadley, whose Lola Mk6 was chosen as the forerunner of the GT40. Nor John Wyer, legendary team boss at Aston Martin, then Ford, then Gulf Racing. We don’t get to see Ford stumble at its first attempt in 1964, although we hear Miles listening to the race on the radio from Shelby’s race shop in California.

And for a film named Ford and Ferrari, we don’t see much of Ferrari at all. There’s a brief visit to Maranello in Italy (where Ferrari is based), then nothing again until the final act of the film, which takes place at the 1966 running of Le Mans. (In some markets the film is called Le Mans ’66 , probably a more accurate title.)

I won’t lie, I also had trouble suspending disbelief on a few occasions. For one thing, racing drivers can’t shout at each other mid-race, not when their cars are powered by extremely powerful and mostly unsilenced V8 engines. Enzo Ferrari famously didn’t speak English, although he manages a few words here, which I don’t entirely buy. And I had real problems with one scene where Miles intentionally drives into another GT40 on track. That kind of behavior is (sadly) more common now but was much rarer in the days when racing was “a professional bloodsport,” to quote Steve McQueen’s character in Le Mans .

For the racing nerd, Le Mans always lurks in the background. It was McQueen’s passion project, filmed at the height of his stardom in a costly and undisciplined shoot that took place on the actual French roads used for the race. McQueen starred alongside a whole gaggle of actual Porsche 917s and Ferrari 512 race cars, with carefully choreographed racing scenes that have never quite been matched. A true cinematic love-letter to racing, it’s true that the plot is weak and the dialogue ropey, but that doesn’t stop people like me from popping the Blu-Ray into the machine every year or two anyway.

If you count yourself among that crowd, know that Ford vs Ferrari‘s racing scenes won’t quite live up. You can do a lot with CGI, and the production used real cars for plenty of physical effects, but there’s only so many times Road Atlanta in Georgia can stand in for Le Mans. On the other hand, it’s a much better portrayal of racing than that other recent big budget take on the sport, Ron Howard’s Rush .

But it still falls prey to the tired trope where a driver pushes his accelerator pedal extra hard to eke out an on-track pass. Please, cinematographers—stop this, because at Le Mans back then you were flat on the loud pedal on the exit of Tertre Rouge all the way until a possible lift at the Mulsanne kink two miles down the road. And while we’re on the subject, why just show someone’s feet changing gear really hard when you could film the balletic footwork that is heel-and-toe shifting ?

A less racing-literate audience will probably have no such complaints. Bale is wonderful as Miles, and his Brummie accent is note-perfect. Damon chews less scenery but holds his own, and you get a great sense of the camaraderie between the two men. Josh Lucas does a great job as the film’s real villain—not Enzo Ferrari but Leo Beebe, head of Ford’s racing activities and a man who is a little hard done-by in this dramatization. The film doesn’t capture what it must have been like to race these fragile and dangerous cars at 200mph+ quite as well as Le Mans, but it’s a damn sight more entertaining than Driven, or Michel Valliant, or even the aforementioned Rush .