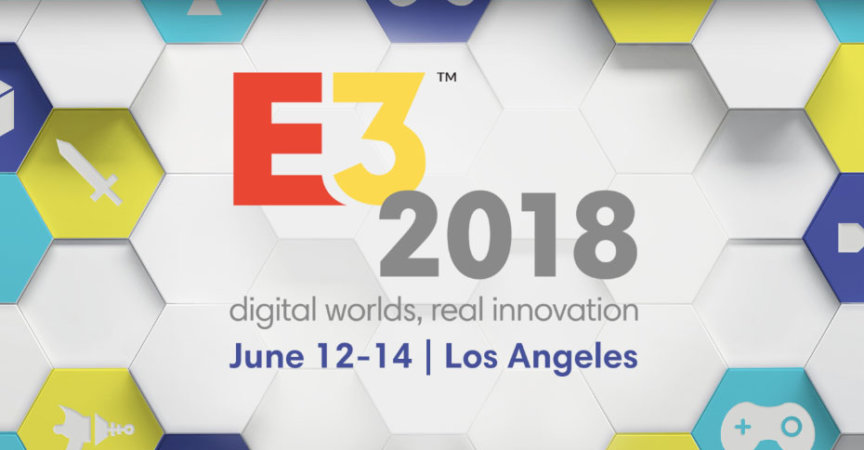 Everything You Need To Know Ahead Of E3 2018 – Features

In its current form, E3 is a dark, intimidating cloud off in the the distance, silently lighting up from flashes of lightning as the rolls of thunder rattle our ears a few moments later. It’s closer than we realize, however, and as we scramble to prepare for the flood of announcements and hands-on impressions, we decided to publish a roadmap of what’s to come so you can make your own preparations.

Game Informer’s Coverage Plans
We’ll be at the show getting our hands on as many controllers and mice and keyboards as we can, while also shoving our faces into as many VR headsets as is medically acceptable. You can expect plenty of written content on the site and in the issue the following month, but we have other plans as well! We’re live-streaming and commentating every conference as they happen. You can watch those on either Twitch or YouTube , or both! Your preference is our preference.

We will also be doing The Game Informer Show every night, June 11 through June 14. You can subscribe to our channel on YouTube to prep of that, or use this link to subscribe using your favorite podcast delivery service. Again, your preference is our preference.

To follow all of our E3 coverage, this link will be your best bet.

*Sony has stated this year will be a little different from its typical press conference and focus in-depth on four titles: Death Stranding, Ghost of Tsushima, The Last of Us Part II, and Spider-Man.

Show Schedule
Last year, E3 opened its doors to the public, and that trend is continuing this year. Here are the hours for the show. Whether you’re attending or not, knowing when the show is live can be helpful when tuning in for coverage of the show.

Extracurricular
There are a number of events happening outside the definition of press conference. Here are some of the big ones.

Nintendo Tournaments and Treehouse Live
Nintendo is hosting a pair of tournaments during E3 on June 11 and 12. One will be an exhibition tournament for the new Super Smash Bros., which we still don’t know much about. The other will be the Splatoon 2 World Championship. Nintendo will also be doing lots of streaming from the E3 floor as it has done for the past few years, making additional announcements, showing off gameplay demos, and performing assorted interviews.

Grim Fandango Anniversary Event
In honor of Grim Fandango’s 20th anniversary, Double Fine is bringing together the original cast and a full orchestra to do a live read of the game’s script.

EA Play
EA’s full suite of E3 happenings lasts from June 9-11. It takes place at the Hollywood Palladium, will be open to fans, and EA will be streaming it on its site, as well.

Inside Xbox and Xbox Fanfest
Starting on Monday, June 11 at 3 p.m. PT, Microsoft will be streaming its Inside Xbox show which will include announcements, gameplay demos, interviews, and assorted giveaways. If you’re in L.A. on June 10 and 11, there is also a chance you could attend Xbox Fanfest which offers all kinds of opportunities to hands-on with assorted upcoming Xbox Games.

Hideo Kojima and Kong: Skull Island Director Jordan Vogt-Roberts Discuss Creative Process
It’s not currently clear when this will take place, but it will be streamed. It’s a chance to hear a successful game designer chat with on of his biggest friends, who is also a successful director.

The Big Confirmed Games
We already know a number of the games that will be making an appearance at E3. These have all been announced and will 100% be at E3 2018 in some form.

The Big Rumored Games
There are a million rumored games that will be appearing at E3, but these are the ones with the strongest evidence behind them.