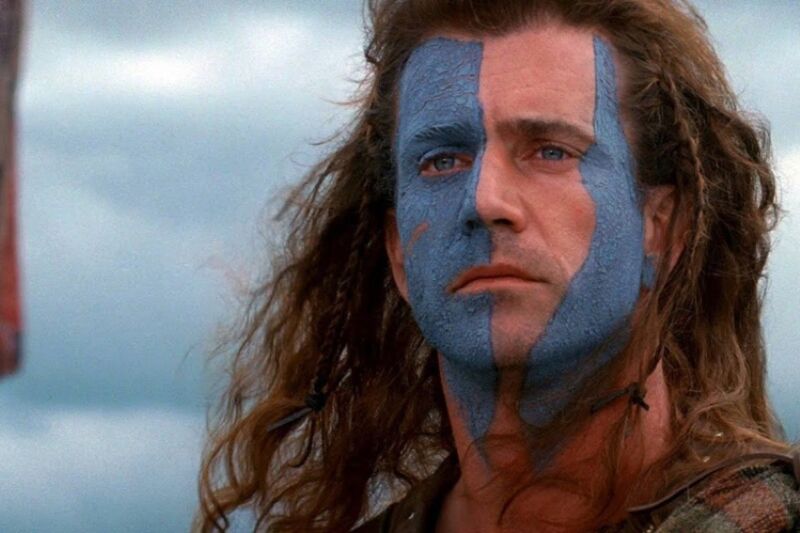 William Wallace, the Scottish knight who emerged as a military leader during the First War of Scottish Independence in the late 13th century, has become a household name thanks to Mel Gibson’s blockbuster film Braveheart, which celebrates its 25th anniversary this month. Wallace’s rebellion began with the murder of the High Sheriff of Lanark in May 1297, and he conducted several successful raids before achieving a stunning upset victory against English troops at the Battle of Stirling Bridge . He was particularly known for his strategic use of terrain, and legend holds that he conducted at least one raid from a hidden fort somewhere in the vicinity of Dumfriesshire.

There is mention of the fort in The New Statistical Account of Scotland (published between 1834 and 1845). It said the fort adjoined a glade called Torlinn, commanded “an extensive view of the south,” and was protected on three sides by two branches of a steep ravine and a large ditch. In 1297, Wallace supposedly holed up in the fort with 16 men, “with whom he sallied forth to annoy the English garrison under Greystock and Sir Hugh of Moreland.”

Now Forestry Journal has announced that archaeologists may have discovered the site of Wallace’s hidden fort. Matt Ritchie is an archaeologist with Forestry and Land Scotland (FLS), who has been working with an organization called Skyscape Survey to develop a drone-based method to conduct photogrammetric surveys. This involves using remote-controlled drones to take hundreds of photographs from the air, then stitching them together with the help of point-matching software.

The resulting 3D terrain model is free of scrub and ground vegetation, according to Ritchie, and also has highly refined details about heights. “It’s a fascinating and revealing technique that really begins to open up the landscape, and this seemed like an ideal site to investigate,” said Ritchie  of the choice to map the Dumfriesshire site believed to be the location of Wallace’s hidden fort. “There isn’t much evidence on the surface, but the rampart and topography matches the historic description very well. Our new 3D model enables the massive rampart of the fort to really stand out, and the deep gullies of the two linns to be appreciated.”

“It must have been the ‘strong place of defence’ described by the account, the rampart topped with a timber palisade and enclosing timber buildings built to house the soldiers and their horses,” said Ritchie . “But could the fort really have been built by William Wallace and his men? I’d like to think so— and, either way, the survey has added a new chapter to an old story.”

As for the “annoyance” Wallace purportedly organized from the fort, it went well for him and his men :

Having taken some of their horses, Wallace was pursued to Tor-head by Moreland, who, in the encounter which ensued, was slain, with several of his followers. Greystock, enraged at this defeat, and strengthened by fresh supplies from England, immediately proceeded to attack Wallace with 300 men. Overpowered by numbers, he fell back among the hills; and being joined by Sir John Graham of Dundaff with thirty men, and Kirkpatrick, his kinsman, with twenty of his retainers, was overtaken on the north border of the lands of Holehouse, near the bottom of Queensberry, where a general engagement took place. Greystock fell; the victory was complete; and the survivors seeking shelter in the wood from which they had pursued the Scots. Wallace reached Lochmaben before them, and took possession of the castle.

Such military victories proved to be short-lived. Wallace was soundly defeated at the Battle of Falkirk in July 1298 and resigned as Guardian of Scotland soon after.

History (and, to a less accurate extent, Gibson’s film) has recorded Wallace’s tragically gruesome end. He was captured on August 5, 1305 thanks to the betrayal of a loyalist Scottish knight named John de Menteith and was tried for treason. His response: “I could not be a traitor to Edward, for I was never his subject.”

He was found guilty and was condemned to be hanged, drawn, and quartered. In other words, he was stripped naked and dragged behind a horse to the execution site. There, he was hanged, cut loose while still alive, his penis and testicles were cut off, and he was disemboweled. The executioners burned his bowels in front of him, then beheaded Wallace and cut him into four pieces. His head was dipped in tar and placed on a pike as a warning to anyone even contemplating rebelling against the English king.

It was a terrible way to die. Best to focus on Wallace’s few military victories and ruminate on the words engraved on a memorial plaque on a wall of St. Bartholomew’s Hospital, near the execution site: “I tell you the truth. Freedom is what is best. Sons, never live life like slaves.”